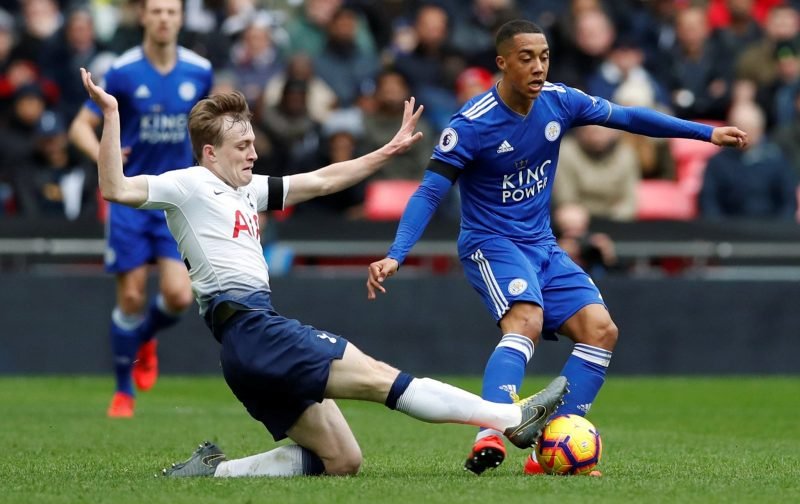 Tottenham Hotspur Academy graduate Oliver Skipp has long been incredibly highly rated at the club as he rose through our youth setup, and in the 2018/19 campaign manager Mauricio Pochettino gave him his first real taste of senior football.

Making his club debut in the EFL Cup at the end of October in our victory against West Ham United, the 18-year-old went on to feature 13 times in total across all competitions, although only four appearances were from the start of games.

He certainly impressed plenty though with his style of play and many feel he’ll get the opportunity to build on that game time in 2019/20. In a recent interview with the Official Site that’s certainly his intention, but he knows he starts from scratch again in pre-season and it’s his job to impress upon Pochettino once again to keep him in his first team thoughts.

“All I can do is try to push on. Okay, I’ve been able to show a bit of what I can do last season but now I start again, make sure I have the same attitude. You have to show the same level of desire and not rest on your laurels, keep going and hopefully improve on last season. That’s what I’m looking to do and that’s why this pre-season is massive again for me to hopefully get another chance to impress the manager.”

With plenty of fans already feeling that despite his tender age, he has a wise old head on his shoulders he also added that for however good last season was for him, he has to demand more of himself.

“You can never be satisfied with what you’ve done. You always have to look forward. This is a new challenge and hopefully I can build on the momentum I gained last season. You have to push on, impress again, have the same attitude and hopefully carry on and build again.”

If it is a massive year for the lad, we’ll all benefit.