‘Wouldn’t go near him’: Lot’s of Tottenham fans do not want ‘so overrated’ target at the club next season 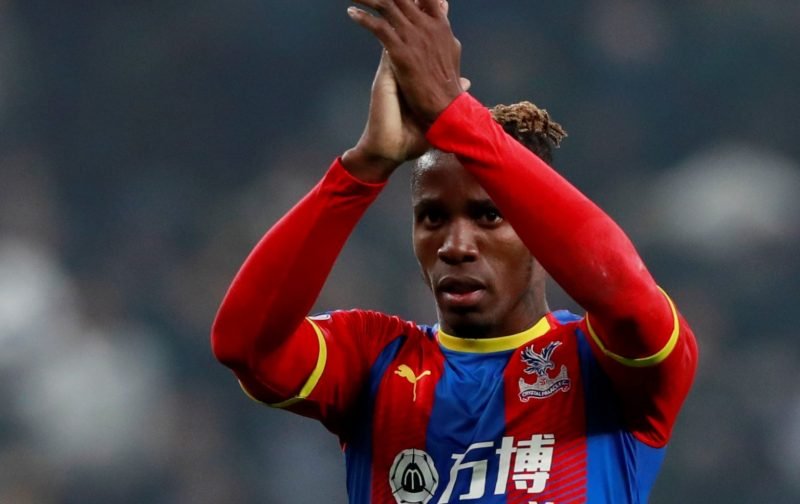 Tottenham Hotspur fans were not too happy on Twitter when they heard the news that we were allegedly interested in signing Crystal Palace’s Wilfried Zaha once again.

The Daily Mirror are running with a story suggesting that Mauricio Pochettino will look to try and finally sign the Ivorian – a player he is thought to have tried to sign back in 2016 for a mere £15million (BBC Sport).

Pochettino has not hidden his admiration for the player either, although he has never publicly admitted that he would like him in his team. Back in January, he told Football.London: “I don’t talk about rumours. 1,000 rumours. No I think Palace have a lot of quality. He’s a very good player, but like always it’s about collective performance.”

Zaha has been rather impressive for Crystal Palace over the last three seasons and has been key in their efforts of remaining in the Premier League. In his time with the Eagles in the top-flight, the 26-year-old has managed to score 32 goals and provide 33 assists in his 163 appearances whilst gaining Palace an average of 1.24 points per match (Transfermarkt).

Those performances have led to a general consensus that a move away from Selhurst Park is going to be likely in the near future, however, it would seem Spurs fans do not want to see him playing for them anytime soon.

Fans took to Twitter to share their reactions regarding the rumours surrounding a possible move for the winger and many were hardly in favour of a potential deal.

One fan said he was ‘so overrated’ whilst another stated that they ‘wouldn’t go anywhere near him’.

Here are some of those reactions…

No thanks
Wouldnt go nowhere near him

Hell no! Lo celso and n’dombele please! Also get cutrone from milan as his release clause is about £25m ! Great young striker!

We ain’t signing anyone. Enough of this nonsense