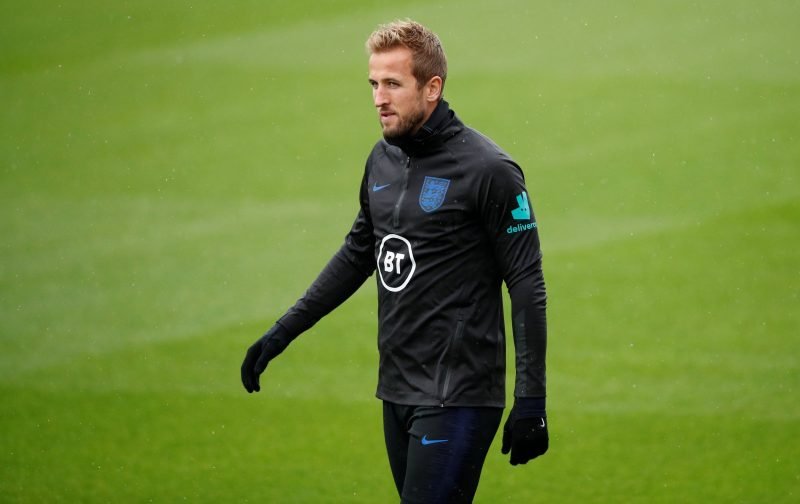 “Did he swear on his daughter’s life this time?” – A lot of Tottenham Hotspur fans are unconvinced by Harry Kane’s claims that he has never dived.

The England striker has stated that he has never tried to con a referee and that he believes as a striker he has to use his body to his advantage.

The 25-year-old also claimed that he hopes he never has to dive.

Kane has received some criticism in recent weeks for attempting to win his side an unfair advantage.

In the last minute of the game against Arsenal Kane went down under pressure from Sokratis in an attempt to win a penalty.

The striker stepped across the Arsenal defender and initiated contact – this is not a dive, but it is an attempt to con the referee and therefore is against the rules of the game.

Kane has certainly not convinced these Spurs fans with one supporter claiming he just can’t believe what the striker says and another asking him if he swore on his daughter’s life as he did about a goal last season. Other fans though are behind their striker.

#thfc striker Harry Kane insists he has never dived in his career. pic.twitter.com/3mjFHDNvGV

I would like to agree, but I just can’t.

You dived vs Wolves last year mate, would love to agree with you but I can’t.

Did he swear on his daughters life this time?