What players could Scott Parker bring with him to Spurs? 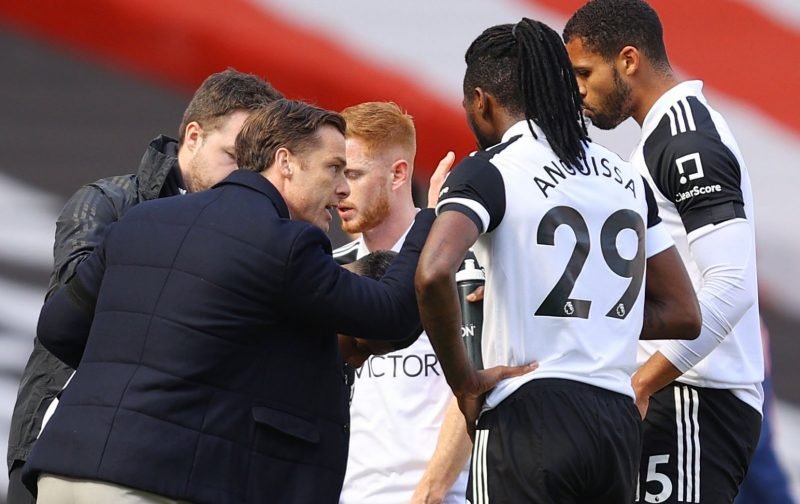 With Fulham now relegated, Scott Parker could be even easier to persuade to take up the vacant managerial role at Spurs following Jose Mourinho’s sacking.

He is currently one of a number of managers on Daniel Levy’s shortlist, and reports are suggesting that an interview for the job is already scheduled and that he is one of the front-runners.

Should he arrive, there are three players currently with Fulham who we have picked out, who would fit perfectly into the Spurs first team.

⚪️Andersen has made 32 appearances for Fulham this season and has also captained the side on several occasions.#THFC #COYSpic.twitter.com/9Lic0dr1ua

Centre-back Andersen is currently on-loan at the Cottagers from Lyon, but has already been given their blessing to permanently remain in the Premier League beyond his loan-spell, meaning he will be up for grabs at the end of the season.

Arsenal and West Ham are also interested in the Dane, who would link up with fellow countryman Pierre-Emile Hojbjerg should he join Spurs.

While either one of him or Tosin Adarabioyo would be astute signings to help fix the defence, he currently holds the advantage with his experience and leadership skills, and with a price tag of just £20 million, Spurs should definitely be looking to bring the 24-year-old to North London.

Cameroonian midfielder Zambo-Anguissa is available this summer for £25 million, and Everton are currently desperate to get him, but his qualities would be suited for Spurs just as much.

His energy, determination and technical skills would make him a suitable partner for Tanguy Ndombele, as their attributes compliment each other and would give the Frenchman more freedom to be creative further forward.

While Pierre-Emile Hojbjerg is a solid defensive midfielder, he doesn’t have the ability to play his way out of trouble or the pace to keep up with fast attackers on the counter-attack, but equally, him, Zambo-Anguissa and Ndombele could make for an interesting midfield trio, with the perfect balance of defensive ability, creativity and energy.

Not a bad debut 👀 pic.twitter.com/uDItGIotLU

RB Leipzig currently is the club where Lookman is contracted to, but he has enjoyed a successful year on-loan at Fulham where he has scored four goals and four assists this season in the Premier League.

The winger would contribute to the homegrown in nation quota in the Premier League registration rules for Spurs, and would also allow Daniel Levy to sanction the sales of Erik Lamela and Lucas Moura if Lookman does sign.

Spurs have been known to be long-term admirers of the forward, and have been since he was still at Charlton Athletic, and at 23-years-old, he still has plenty of potential to be a huge success.