Tottenham have to pay £45m and £2.6m-a-year in wages to sign West Ham star 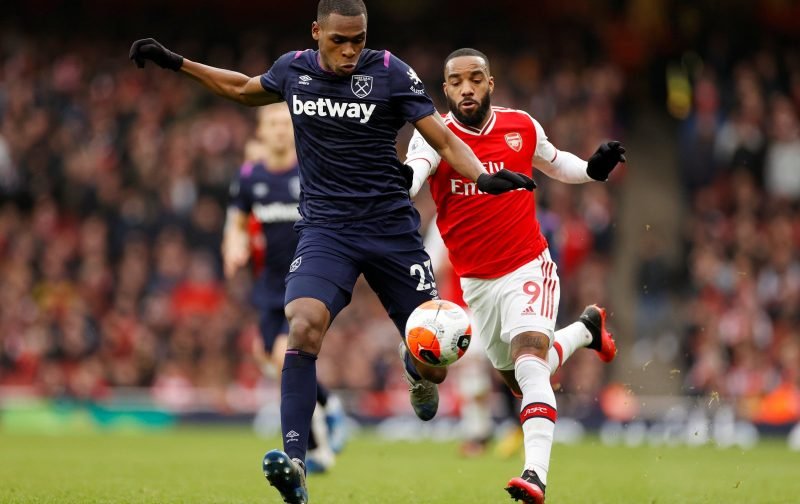 One centre-back who should be on their radar this summer is West Ham United’s Issa Diop, but the 23-year-old won’t be cheap. Danny Rose, Serge Aurier, Juan Foyth and Cameron-Carter-Vickers could be sold to generate funds for new signings, but can we raise enough money to reach an agreement with West Ham?

It appears so. Kaveh Solhekol of Sky Sports News said on Monday that West Ham need to cash in on a number of players this summer and are willing to sell Diop for £45m. The Frenchman’s salary demands may be around £50k-per-week/£2.6m-a-year, so his wages wouldn’t break the bank.

Diop has made 73 appearances in all competitions since joining United for £22.5m from Toulouse in 2017, scoring five goals with one assist. He’s been a regular at the London Stadium and still has three more years remaining on his contract, but Diop has wanted out for a number of months.

West Ham have been resigned to mid-table mediocrity, so the 23-year-old can’t be blamed for having his head turned by sides that can promise Champions League or Europa League football.

Would he improve the squad?

Definitely. Diop is a towering presence at the back, is seldom beaten in a one-on-one, has great anticipation to read his opponent and is a fantastic shield to the goalkeeper.

Jose Mourinho isn’t short at the back with Toby Alderweireld, Davinson Sanchez, Japhet Tanganga, Eric Dier and Foyth at his disposal, but Diop would be an upgrade. Whether we can stump up the money to sign him is another story, however.

In other news, Freiburg’s centre-back might be the perfect replacement for Jan Vertonghen 9am