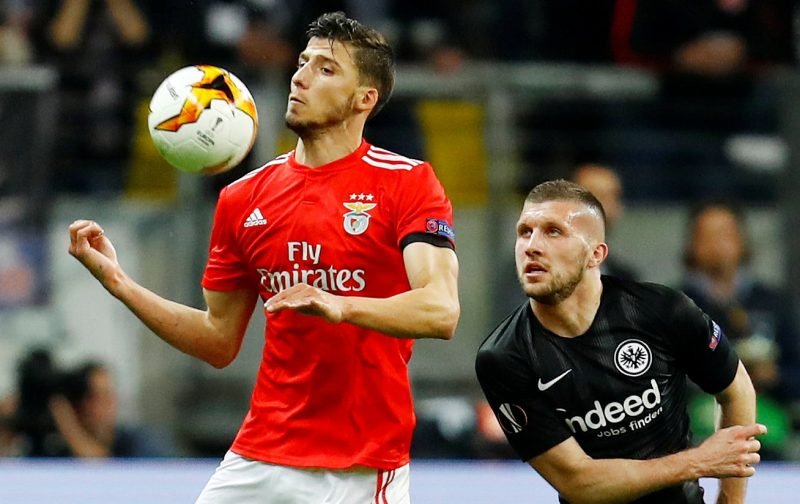 Jan Vertonghen was released over the summer, Juan Foyth has been linked with a move to Villarreal and Cameron Carter-Vickers is expected to be sold, so Tottenham could benefit from signing a central defender.

Rob Guest of Football.London believes we may struggle to raise enough funds in time to land the 23-year-old’s signature, however, as he won’t come cheap and we’re running out of time to get business done.

How good is Dias?

He’s the real deal. Dias has made 136 appearances in all competitions for Benfica, scoring 11 goals with six assists. He’s been a regular at the Estadio Da Luz for the last three seasons and would greatly improve our squad.

Dias is dominant in the air, a brilliant shield at the back, an excellent reader of the game and a brilliant one-on-one defender. The Portuguese international can lay claim to being one of the best in the Liga NOS, so it’s no surprise we’re after him.

How much would he cost?

Transfermarkt say Dias’ market value is £31.1m, but the 23-year-old has a release clause of €100m which we’re unlikely to match, so it remains to be seen if we can get a deal over the line.

Benfica have no obligation to accept less money for Dias given his deal has four more years to run. We’re having to sell existing players to generate funds too, so how many can we really offload before the window shuts on October 5? It doesn’t seem possible.

Dias would improve our squad, but I think Benfica will price us out of a move. The 23-year-old is a key player that would need to be replaced if sold, so why would they let him go without the necessary time to locate his successor?

In other news, could Gareth Bale end his career at Tottenham after leaving Real Madrid?