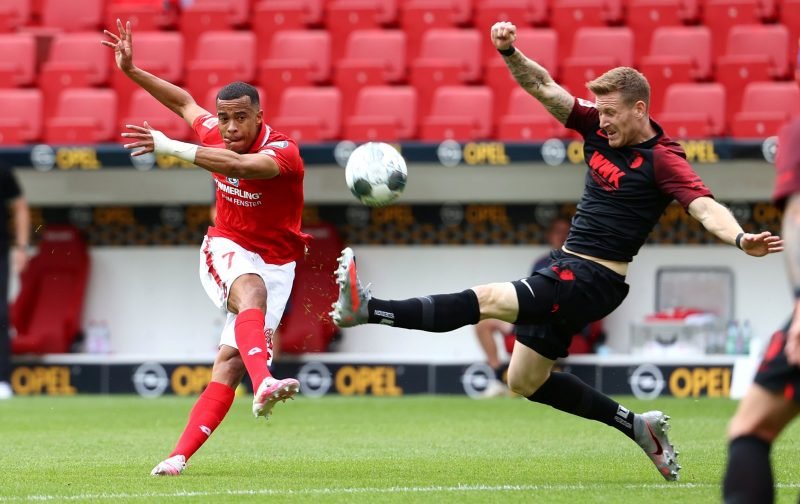 According to Bild, Tottenham are interested in Robin Quaison and have contacted Mainz 05 to enquire about his availability. The 26-year-old is coming off the back of his most prolific season, but he’s in the last year of his deal at the Opel Arena, so Mainz may have to cash in this summer rather than risk losing Quaison for nothing next year.

Would Quaison improve the squad?

The 26-year-old has made a total of 100 appearances in all competitions for Mainz since joining from US Palermo in January 2017, scoring 27 goals with seven assists.

Quaison’s best form has come in the previous 12 months. He’s created 28 chances, made 44/66 successful dribbles, taken 71 shots with 39% hitting the target, won 34 free-kicks, made 11 interceptions and made 25 tackles, as per WhoScored.

How much could he cost?

His valuation is low, Mainz don’t tend to sell their best assets for big money and the striker’s contract expiring in 2021 could help facilitate a transfer.

There could be legs in this if Tottenham are interested. Mainz were hopeful of Quaison signing a new deal back in February but no progress has been made. As of July, Mainz are still reticent to sell the striker, but they’d surely prefer to make some money back given their finances took a battering due to the Covid-19 pandemic.

In other news, Tottenham could avoid signing a €60m attacking-midfielder from Serie A