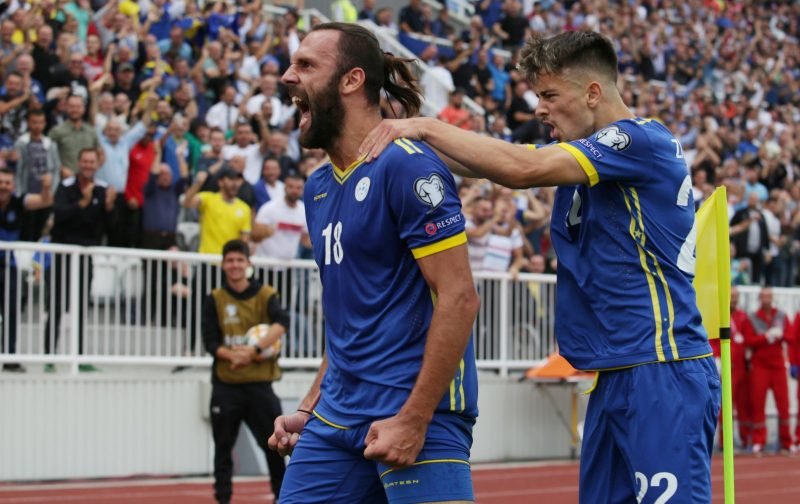 Tottenham have been dealt a blow in their pursuit of Vedat Muriqi, with Fotomac (h/t Sport Witness) revealing that Lazio have moved ahead in the pecking order and are favourites to procure the 26-year-old’s signature. West Bromwich Albion and Leicester City are also keen on Muriqi, but Lazio have made their interest official with an €18m bid to Fenerbahce.

Why is Muriqi on our radar?

Goals. The Kosovan international has been prolific for many years at multiple clubs, so it’s not surprising that a number of clubs have taken note. Sport Witness note that we’ve watched him last season, so our scouts must have been impressed with his productivity.

We’re over-reliant on Harry Kane and Heung-min Son, so bringing in another centre-forward to ease the burden would be a smart move.

Fenerbahce want €20m for Muriqi’s signature, so Lazio aren’t close to agreeing a deal. That being said, Fotomac say Fener are having financial difficulties and may need to sell valuable assets to balance the books, so are they really splitting hairs over €2m? Can they afford to play hardball?

It appears we’re looking to strengthen at right-back, centre-back, central midfield and in attack, so we need to be shrewd in the transfer market. Signing a striker with 40 goals from his last 82 league games for only €20m is good business.

Time will tell if we can beat out Lazio to bring him to North London, however.

We need a striker who is prolific and creative, so Muriqi fits the criteria. The 26-year-old has averaged just shy of a goal every two league games, made 43 chances and five assists, had 27/40 successful dribbles and won 158/272 aerial duels, so he would be able to lead the line on his own.

Whether Muriqi would be happy playing second fiddle to Kane and Son remains to be seen, however, as he’s used to being a regular at Fener, Caykur Rizespor, Genclerbirligi Ankara and Giresunspor.

In other news, Tottenham have been given a boost in their pursuit of a coveted Championship star