Tottenham-target says ‘it’s too early’ to think about a move, could rethink over the summer 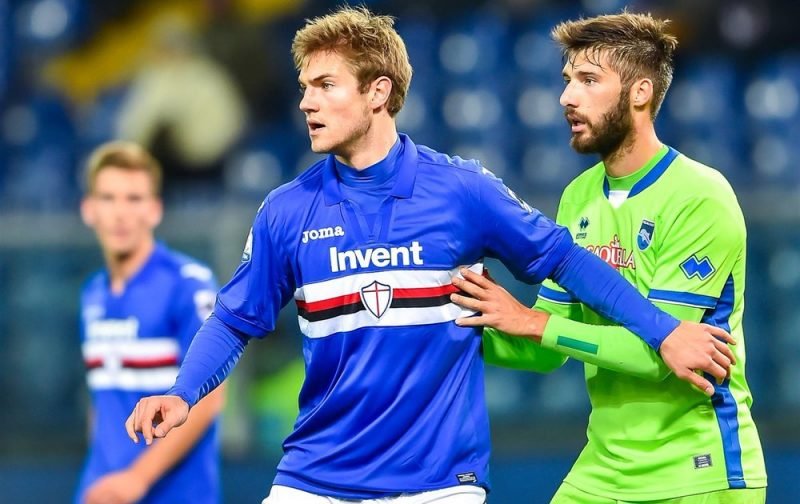 Joachim Andersen says “it’s too early” to think about moving from UC Sampdoria amid interest from Tottenham Hotspur. While the January transfer window was open, the 22-year-old as heavily-linked with a move to Spurs, Inter Milan and Atletico Madrid, but he opted to remain at the Stadio Luigi Ferraris as it was too soon to make such a decision.

Andersen said to Danish outlet Ekstra Bladet (h/t Football.London): “I really just concentrate on being here, and then we have to see what happens this summer. Because right now nothing has to happen. It’s too early. It is important that a club has the right plan with me. I need a view of playing time. I also don’t mind being a season more in Sampdoria.”

“It’s hard to say (which is my favourite league). England, Spain or Italy. But it comes mostly to the club, which must have a good plan for me, and it must make sense in the long term. I have to take the right steps at the right times. So, I don’t really care if it’s Tottenham, Inter or Atlético Madrid.”

Andersen has made 31 appearances in all competitions for Sampdoria since joining the Italian outfit from FC Twente in 2017. The Danish u21 international has been a regular at the heart of the backline this season, featuring on 21 occasions in Serie A and helping Sampdoria pick up eight clean sheets.

Mauricio Pochettino isn’t short on central defenders. He has Juan Foyth, Toby Alderweireld, Jan Vertonghen and Davinson Sanchez at his disposal, but Spurs continue to be linked with Andersen. Alderweireld has an uncertain future, however, as his contract extension means he’ll have a £25m release clause over the summer.

Andersen might be a long-term replacement for the Belgian international as a result, but no movement is likely to be made until the campaign comes to a close.

No goal since November, one assist since August – Tottenham man struggling for form