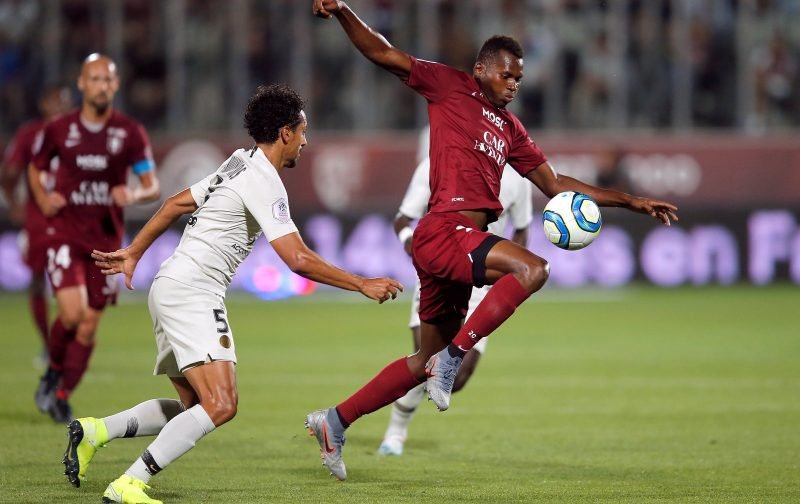 Tottenham are on the hunt for a striker to take the scoring burden off Harry Kane next season and Get French Football News linked us with Habib Diallo earlier in August. The 25-year-old is coming off the back of another prolific campaign at FC Metz and is expected to leave this summer, so should we ensure we’re front of the queue to lure him to North London?

How good is Diallo?

As per WhoScored, the Senegalese international created 24 chances, had 21/42 successful dribbles, won 112/270 aerial duels, had 76 shot with 42% hitting the target and won 22 free-kicks this season. Diallo impressed making the step up to Ligue 1, so he should be able to adapt to the Premier League too.

Get French Football News said it would take a ‘strong offer’ for Metz to sell the striker, but his Transfermarkt value is only £10.8m, his CIES Football Observatory value is €10m-€15m (£9m-£13.5m) and Metz’ most expensive sale is Ismaila Sarr (£15.30m to Stade Rennais), so Diallo won’t break the bank.

Money is tight at Tottenham this summer. Daniel Levy took out a loan to ease the financial burden caused by a lack of revenue amid Covid-19, so we’re going to have to be shrewd in the transfer market. We’ve got a lot of positions to strengthen, so we won’t be able to sign all of our top targets.

Kane will be first-choice in attack next season, but we’ll need cover. The way we play with Kane also means his replacement will need to possess similar traits (bringing others into the attack, ability to win duels with defenders, holding up the ball under pressure).

Diallo isn’t a bad option and has been prolific in front of goal in the last two years, so we could do a lot worse.