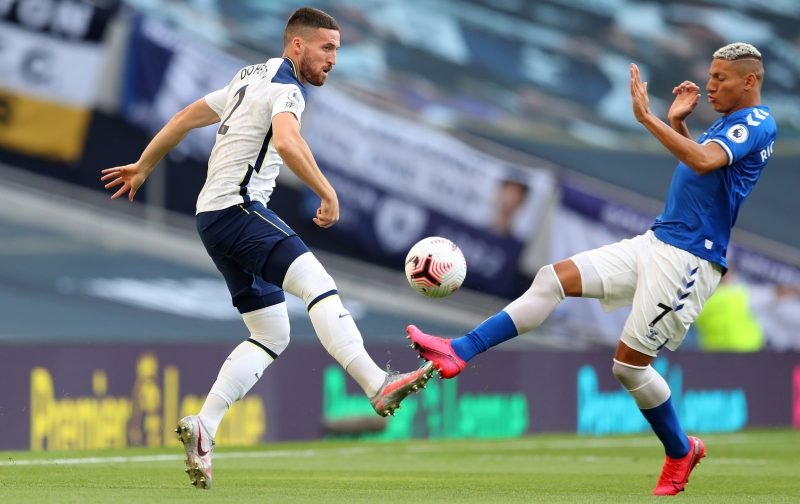 Tottenham have suffered an injury blow ahead of Saturday evening’s meeting with Manchester City. They confirmed in their pre-match preview that Matt Doherty tested positive for Covid-19, so he must isolate for two weeks for the safety of his teammates.

When did he test positive?

It’s a blow as Doherty has made 10 appearances in all competitions since joining from Wolverhampton Wanderers over the summer. He’s been a regular at right-back under Jose Mourinho and has been a good omen in the Premier League (four wins and a draw from six starts).

Who will replace Doherty?

In Doherty’s absence, Mourinho has a number of options. Serge Aurier looks most likely to get the nod against Man City, but Eric Dier, Japhet Tanganga, Moussa Sissoko and Gedson Fernandes are also able to play in the makeshift role.

I personally can’t see Jose taking any chances when the Sky Blues come to North London, so it’s unlikely he will put square pegs in round holes. Aurier is the safest option available to us, so here’s hoping he can silence some critics.

That being said, the 27-year-old has made only five appearances across the board this season and hasn’t managed to hold down a starting place for a prolonged period, so it’s a big ask.

Aurier has been left out of the matchday squad on occasion too, so his long-term future at Tottenham is still in the air. We’ll need a big performance from him on Saturday night.

A win over City could see us go top of the Premier League table after nine games. We’re currently second with 17 points, one behind leaders Leicester City. We’re unbeaten in seven league games and boast three consecutive wins, so there’s every chance we can get a result against an inconsistent City.

In other news, Tottenham should avoid signing Sami Khedira despite the media trying to talk up a future transfer