Tottenham: Is Harry Kane In An Awkward Position At Spurs 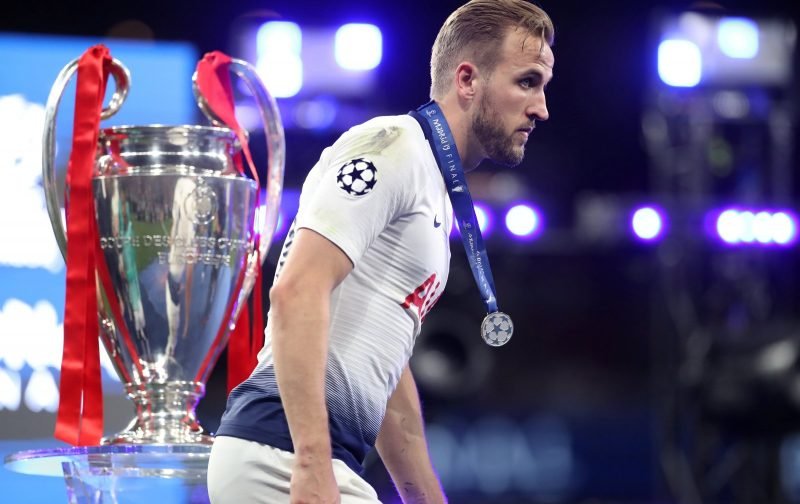 Harry is recognised by most supporters as the complete footballer. I don’t think anyone can logically dispute this. He is in the Tottenham Hotspur team to score goals and he has proved capable of scoring with his left foot, right foot, and his head, on a remarkably consistent basis. That is indisputable, too.

But part of being a ‘complete footballer’ means he has many other attributes, too. He can defend, he can spot key passes, he can hold up the ball, he remains cool in possession, rarely panics, and he can read the game extremely well. Like all top players, he has a football brain and his thinking is often ahead of his colleagues. He has the ability to know what is happening around him before he gets the ball, much like Modric had (I’m not comparing them beyond this).

Playing a more defensive style of football, as we currently are, means that Harry is often isolated in a forward position and sometimes far less involved in the match. This often sees him dropping back to find the ball and get more involved. By dropping back he takes up the space that midfielders use and leaves a gap going forward when Spurs make a break. Not always, but it happens.

There is continual discussion among Spurs supporters about the need for a back-up striker, mainly in the event that Harry gets injured. But what would happen if Spurs did not opt for a back-up, bench warming striker, but went for a recognised target striker instead (for a name we would need to refer to Jod).

What would the team look like with a new number nine, and Harry playing as a number ten. In other words (to clarify for older supporters) a new centre forward and Harry in an inside forward position. We already have a nice choice of fast, tricky players, to occupy other attacking positions.

Personally, I doubt that such a shift in position would affect Harry’s goal scoring feats as he would continue to find himself with goals scoring opportunities. And, with more freedom to roam, I would imagine that his reading of the game and passing ability would lead to many more goals from the assists he could make.

Harry is certainly not old, but he is getting older and it could well be that he will need to drop back in two or three years as part of the natural order of things. Maybe it would be beneficial to both the team, and him, if this happens sooner rather than later. And it would allow his all-round attributes to come into play.

Once again, I am not advocating this, just throwing it out for general discussion. Gotta love football!

228 Replies to “Tottenham: Is Harry Kane In An Awkward Position At Spurs”