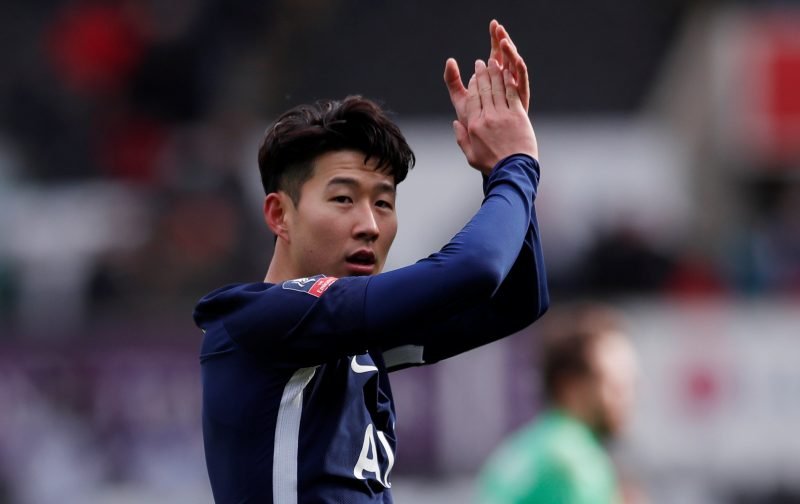 Tottenham have confirmed on Twitter that Juan Foyth and Heung-min Son will miss Saturday evening’s meeting with Aston Villa due to suspension – both players are ‘serving the second of a three-match ban’. Foyth was sent off against Bournemouth on May 4 and missed Spurs’ final Premier League game of the 2018/19 campaign.

The 21-year-old is also carrying an ankle injury and is expected to return to training in September. Foyth damaged the lateral ligament in his left ankle against Bayern Munich in the Audi Cup. He was assessed by Tottenham earlier in August and may be replaced by either Kyle Walker-Peters or Serge Aurier.

Son will miss out against Villa and Manchester City (Saturday, August 17) but will return to face Newcastle (Sunday, August 25). Like Foyth, the 27-year-old was also sent off against Bournemouth and missed Tottenham’s last league outing. In his absence, Mauricio Pochettino could turn to Erik Lamela or Lucas Moura in attack.

Both Foyth and Son are expected to be regulars this season, so their absence is a blow. Pochettino does have cover for the duo, however, so Tottenham will still fancy their chances against Villa.