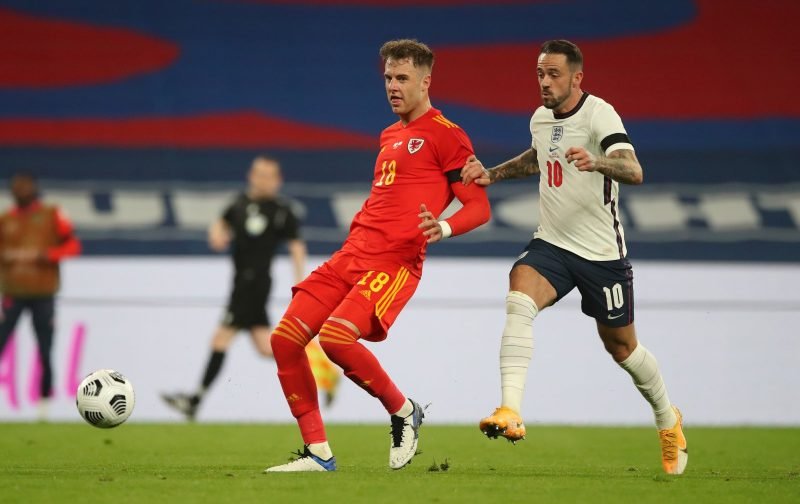 Tottenham confirmed the signing of Joe Rodon on deadline day in a deal worth an initial £11m, reports the Guardian. The 22-year-old has agreed a five-year deal with Spurs and will wear the No.14 shirt. Rodon leaves Swansea City after making 54 appearances and will be a brilliant addition to our backline.

I don’t think the Welsh international will be eligible to feature against West Ham United on Sunday afternoon as the deal is still subject to international clearance, but we should see some of Rodon in the coming weeks and months.

We already had the third-best defensive record in the Premier League this season (4 games, 5 goals conceded), but Toby Alderweireld, Davinson Sanchez, Eric Dier, Japhet Tanganga and Rodon is a good-looking backline.

Rodon’s deal could eventually rise to £15m, but the 22-year-old is another signing that hasn’t broken the bank. Excluding Giovani Lo Celso, we spent around £70m on seven players in the summer transfer window which is impressive.

Is Rodon an alternative to Milan Skriniar and Antonio Rudiger or one for the future?

We’ve been on the hunt for a centre-back all summer and have been linked with Issa Diop, Ben White, Antonio Rudiger, Kim Min-jae, Lewis Dunk, Diego Carlos, Milan Skriniar, Ozan Kabak, Ben Godfrey, Kristoffer Ajer, Robin Koch, Guillermo Maripán and Ruben Dias, but Skriniar and Rudiger ended up being top of our wishlist.

Inter rejected our approach for Skriniar while Rudiger turned us down, so was Rodon the next best option? The 22-year-old is a talented defender who improves our squad, but has he been signed to make an instant impact or was it always the plan to develop him? Will another centre-back be on our radar in January? Time will tell.

In other news, we have a potential injury blow ahead of our meeting with West Ham United as Eric Dier has a knock