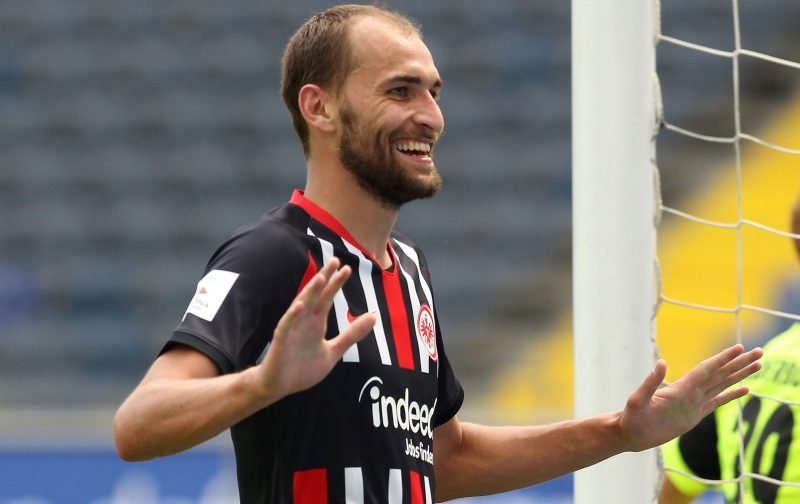 According to Aglemeen Dagblad and Bild, Tottenham are interested in Bas Dost as cover for Harry Kane and could make a move for the 31-year-old before the transfer window closes in October. Eintracht Frankfurt would be willing to sell Dost this summer, but we’re only interested in loaning the striker.

Harry Kane is our first-choice striker, but we don’t have a natural replacement in the squad and are scouring the transfer market as a result. Dave Hytner of the Guardian says Jose Mourinho doesn’t consider Heung-min Son as a No.9, so we’re looking to strengthen our attack with a target man.

It will be hard to convince a striker to play second fiddle to Kane, so we’ll need a low-profile signing who consider us as a step-up. Dost fits the bill as he’s only played for FC Emmen (23 appearances, six goals), Heracles Almelo (67 appearances, 19 goals, eight assists), Vfl Wolfsburg (117 appearances, 48 goals, 14 assists), Sporting CP (127 appearances, 93 goals, 15 assists) and Frankfurt (31 appearances, 11 goals, three assists) in his career.

The Guardian say Frankfurt are willing to sell Dost for €5.5m (£5.1m), but we don’t want him permanently. We’re only looking for a temporary solution in attack this season.

Chances of us signing him?

We need a player in the mould of Kane who can hold up the ball and bring others into the attack, so that might put Sorloth, Vinicius and Deeney top of our wishlist. The fact we only want a loan move for a backup striker will hamper negotiations, however, as there’s little benefit for the selling club to lose a player without compensation.

Dost has been a regular at Frankurt, so why would they let him go out on loan rather than for money that could go towards a replacement?

In other news, have Tottenham done Danny Rose dirty? Or he getting payback for disrespect?