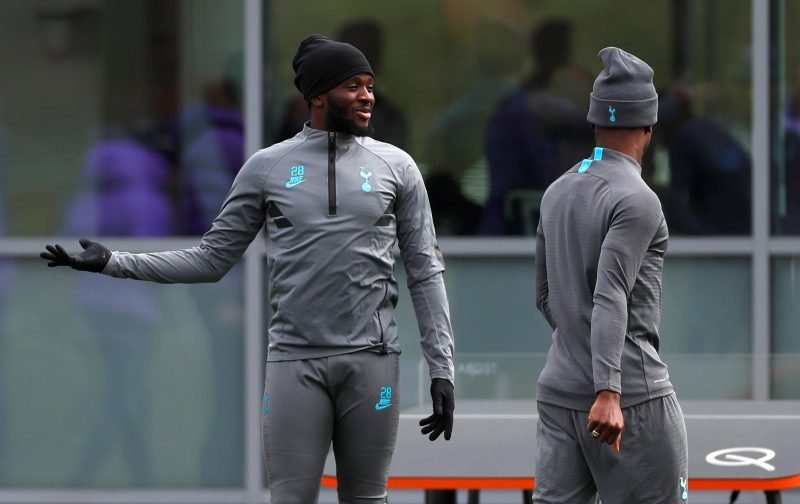 Many Tottenham Hotspur supporters have been reacting on social media after Jermaine Jenas discussed Jose Mourinho’s treatment of Tanguy Ndombele.

Ndombele became Spurs’ club-record signing last summer when Daniel Levy agreed a €60million (£53.8m) deal with Olympique Lyonnais, but the French midfielder has often failed to live up to his price tag since arriving in north London.

Jenas feels his struggles have been so severe that the 23-year-old’s debut season in England has been nothing but a write-off, having suffered frequently with injuries and almost demonstrated a lack of wanting to succeed on the pitch at times.

The former Tottenham star turned BT Sport pundit is still in no doubt that Ndombele is talented enough to make it in the Premier League, though, as Jenas sees the Frenchman as a midfielder who opponents will fear playing against when he is at the top of his game.

Yet getting Ndombele to the top of his game has proven difficult for Mourinho and his predecessor Mauricio Pochettino, and Jenas supports the way Mourinho has opted to deal with the player despite the criticism that comes with it.

“Mourinho gets a lot of stick for a lot of things but I refuse to have a go at Jose when it comes to Tanguy Ndombele,” Jenas told Football.London. “He has every attribute in the book but there seems to be a discipline issue with him in regards to whether he’s working hard enough in training.

“Either way I stand by Jose on this and he’s obviously seen something in Tanguy Ndombele that he’s not happy with. He’s either not training hard enough or in games he’s doing things half-hearted.

“If I was a central midfielder, say Oliver Skipp, Harry Winks, Eric Dier or whoever it is, I might not technically be as gifted as Ndombele but I’d be sat here thinking I work twice as hard as him every day, I’m not messing about and I don’t play. That’s right and I’m glad Mourinho has taken that stance.

“Having spoken to players Mourinho has worked with over the years, the stance he takes with world-class players and he expects them to respond in a certain way by proving to him that they’re not that person and that they will deliver and that they can be one of his lieutenants.”

A few Tottenham supporters have reacted online to Jenas’ comments by agreeing with him in that Mourinho’s treatment of Ndombele is fair, and that it is down to the midfielder to either turn things around or face being cut.

He has a track record of treating important players like this. It worked everywhere he’s been at except for at United. It’s Tanguy’s responsibility to man up and prove it on the pitch

Supporters have also gone further to suggest Mourinho should look to sell Ndombele in the summer and cut the club’s losses after one season, feeling that they have seen enough from the France international in his 29 appearances to know he will never make the grade.

Ndombele has played 21 times in the Premier League, starting 12, over which he has recorded two goals and two assists from nine shots and 12 key balls, along with playing 56.3 passes per 90 minutes, 2.1 successful tackles, 1.2 interceptions, 4.4 attempted dribbles and 0.6 aerial duels won, per WhoScored data.

He can go tbh,if you are gifted with so much talent,but you don’t have the right mindset,well he can jog on. He seems to be too lazy.

Paulinho II (and that’s being harsh on Paulinho)

Last few games under poch , 45mins Brighton , 20 mins Watford , 27 mins Liverpool, 45 mins Sheffield, . So it might be the player that’s the problem 👍 and don’t forget poch brought him in .

Not every Tottenham fan is ready to turn their backs on Ndombele yet, with a large proportion of the reactions being offered from supporters who want to see the Frenchman given time to succeed.

Really hope he is here next season, honestly think if we sell him he will end up being a baller at a Real Madrid, Barcelona or Bayern Munich.

He possesses. A character on the field
A player of importance in the future of the club
But Mourinho’s tactical mentality has yet to respond to this rock

There is a top player there, I know it

I hope he makes it in the end!