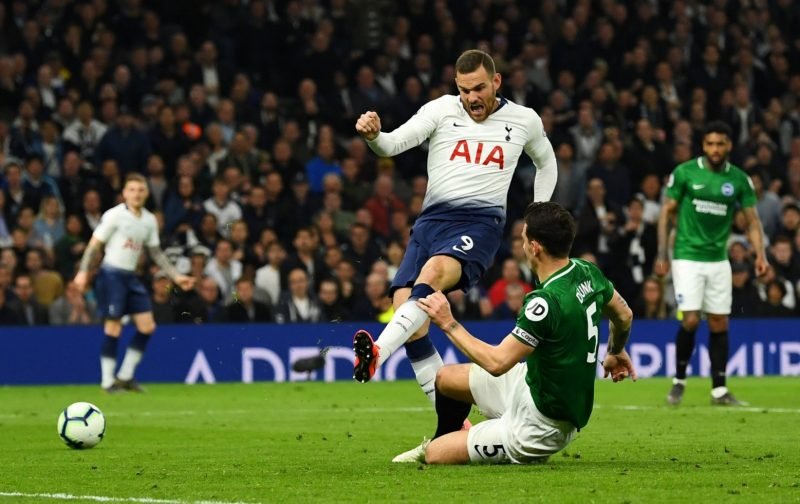 Since moving to Tottenham, Vincent Janssen hasn’t had it easy. He hasn’t been able to make an impact in the Premier League, and the Dutchman has rarely been seen this term. However, he did make a rare appearance against Brighton, when he came on as a sub with 10 minutes to go.

Naturally, that means that Mauricio Pochettino clearly hasn’t forgotten about him, and so that’s likely to lead to some suggestions that he could be brought back from obscurity in north London – much like Moussa Sissoko. Of course, Sissoko had a similarly poor spell at Tottenham after moving from Newcastle, but this term he’s turned into one of our best players.

However, in this case, it’s tough to look at this situation and see any resemblance. Rather, it’s painfully obvious that it’s time for Janssen to be sold.

Bringing him on wasn’t a way of Pochettino looking to see what he can do. Instead, it was simply a last throw of the dice to try and bag Tottenham another goal, as what they were doing up until that point wasn’t working. With Harry Kane out injured, Spurs aren’t blessed with attacking depth – and Janssen likely wouldn’t have even been in the squad if that situation was different.

Sure, if Janssen had bagged the winning goal, questions may have been asked and Pochettino may have had some thinking to do – but that didn’t happen. To the surprise of nobody.

Unfortunately, Janssen needs to move on to have any chance of returning to the highest level. It’s not going to work at Spurs.