Three players Fonseca could bring with him to Spurs 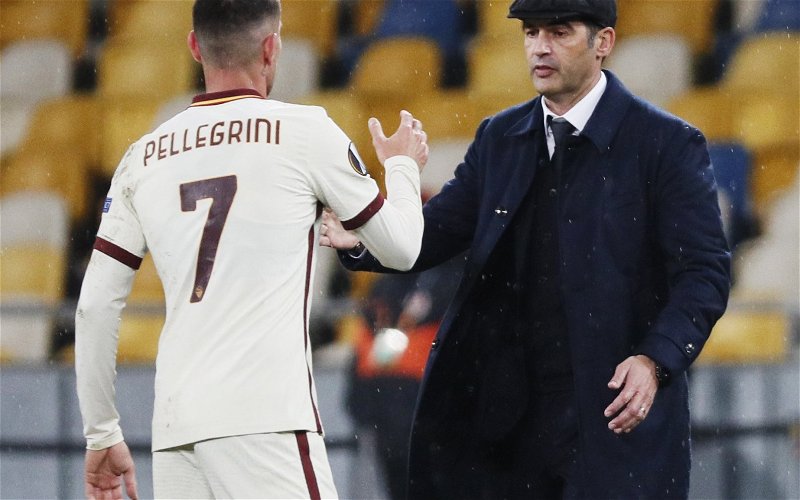 The arrival of new Head Coach Paulo Fonseca is set to be announced officially by Spurs in the coming days, and with Fabio Paratici having already been unveiled as the new Sporting Director, transfer window activity could start imminently.

Naturally, plenty of Roma players who Fonseca worked with during his time there over the last few years have been linked with moves to North London, but there are three players who Paratici is also believed to be a fan of and reportedly is considering making moves for. So, who are they and are they worth it?

Paulo Fonseca is expected to target three Roma players if he is appointed Tottenham manager:

🤩STUNNING🤩 What a goal by Lorenzo Pellegrini! Magic with his backheel! #Pellegrini #ASRoma #SerieATIM pic.twitter.com/W8eCQHUH3L

Roma captain Lorenzo Pellegrini is seen as the perfect partner in midfield for Pierre-Emile Hojbjerg with Tanguy Ndombele just in front of them with the freedom to roam and create behind the front three.

With a release clause at just €30 million, you can see why Paratici is keen to bring the central midfielder to the club, as he offers plenty of goals from deep and is a reliable creator too; also a similar style of player to Spurs legend Christian Eriksen who we wish well and the very best.

Possessing the eye for a through-ball and long shot, Pellegrini is a threat from almost anywhere in and around the box, but he also has the ability to make interceptions all over the park – and his link-up play is exceptional – so if only one of these three players were able to join, we really hope it is the Italian international as he would improve the team greatly and allow Harry Winks and Moussa Sissoko to be sold.

It's all over in Perugia!

Gianluca Mancini gets his second of the game, and #ASRoma win 3-1! 👍 #PerugiaRoma pic.twitter.com/dbAiTwtEiI

Centre-back Gianluca Mancini was brought to Roma from Atalanta by Fonseca, and the Portuguese manager rates him highly and has put his full trust in the defender.

Last season, the six-time Italy international scored four goals in the league, so not only is he a solid defender, he is also a big threat from set-pieces too which is just an added bonus.

He is valued at just under £30 million, and with Spurs desperately needing an overhaul in the defensive positions, a move for Mancini could happen quickly after Fonseca’s appointment, particularly as he is also rated highly by Paratici too.

Spanish midfielder Gonzalo Villar is the least likely of the three players to sign for the club due to his inconsistent performances and better quality players available, but at just 23-years-old, he is definitely a player to keep an eye out for having previously impressed in the Spanish La Liga with Elche and making his debut for his nation earlier this year.

The former Valencia youth team prospect made a name for himself in Spain and this season with Roma due to his confidence and composure on the ball to not only play his way out of trouble with neat intricate passing patterns, but also dribble his way out of trouble in a similar way to how Mousa Dembele did at Spurs – but just without as much strength.

However, what he lacks in strength he makes up for in agility, and he is still a lot stronger than Harry Winks which is who he would likely replace if he were to sign for the club – but he would also have one-eye on Pierre-Emile Hojbjerg’s spot as the Spaniard is also a good tackler of the ball and possesses the ability to glide around the pitch and make interceptions.

Bizarre Ref Helps Conte To Debut Spurs Win, But We Have Massive Work To Do – Match Stats