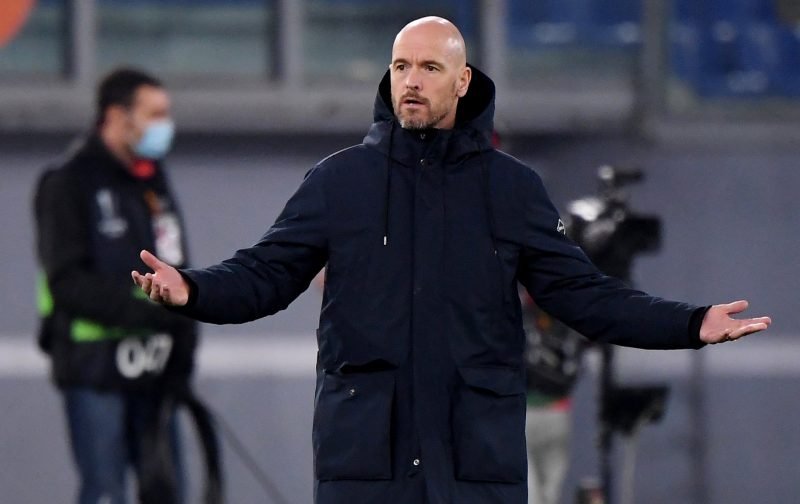 Last Friday, the deal to take Antonio Conte to Tottenham completely collapsed for at least the time being, with a number of things preventing him from taking the job.

The news was not received well at all by Spurs fans, who mostly were warming round to the idea of the former Chelsea man taking charge and revitalising the team and putting his own stamp on things at the club.

Many reliable sources believed that the deal was close to being done, but with factors like how many coaches Conte could bring, how much of a transfer budget he would be given to overhaul the squad, and whether or not the team could achieve success straight away.

🚨| “We can’t say it is definitely finished , until Friday Antonio Conte really wanted the Tottenham job , but numerous issues would have to be resolved between the parties , at the moment nothing is going on”

Fans now believe that the collapse of the deal to bring Conte to the club is another indicator that Daniel Levy isn’t showing enough ambition for Spurs and he isn’t fit to oversee footballing operations.

Fortunately, the deal to bring Fabio Paratici to Spurs is still on regardless of what has happened with Conte, and he is expected to start immediately on finding a new manager for the team, with Ajax boss Erik ten Hag the leading candidate.

Dutch manager ten Hag, 51, recently had his contract at the Eredivisie Champions extended, but only as a way for Ajax to demand more compensation should Spurs make a move.

He was the manager of the Dutch giants when Spurs defeated them in the 2018-19 Champions League Semi-Final thanks to a Lucas Moura hat-trick in the second leg, which included his incredible 96th minute winner to send shockwaves across the continent.

If ten Hag wasn’t already aware of the club then, he definitely is now, and working under Paratici could prove a very exciting prospect for the Dutchman, who has a reputation for bringing through young players and buying smart.

Agreement reached, matter of details. Fabio Paratici joins Tottenham as new director of football, he’s expected to sign next week. He’ll be involved in the new manager decision – Paratici spoke with Levy and will accept the job despite Conte refused to join Spurs. ⚪️ #THFC

Paratici is believed to have already added Juventus duo Dejan Kulusevski and Leonardo Bonucci to his shortlist ahead of his arrival in North London, and while it’s unlikely he will move for any Inter Milan players at this stage, fans will be definitely hopeful of ten Hag being able to lure the likes of Ryan Gravenberch and Devyne Rensch to the club in the future.