Spurs youngsters who could make their international debuts next season 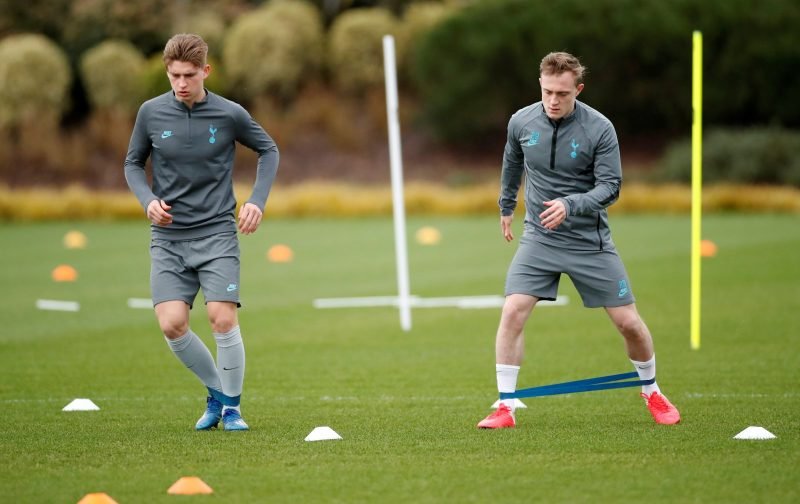 Spurs recently celebrated watching academy starlet Maksim Paskotsi make his first appearance for the Estonian national team earlier this season after making huge strides in the youth setup since his move a year ago from his homeland.

The 18-year-old now has four caps and could be set for a breakthrough season this year, while many of his teammates are now being scouted by their respective international setups.

We have picked out three players who have not yet made a senior appearance for club or country, but could yet earn their first international caps next season.

The closest player right now to a full international cap who has not yet appeared for the first team at Spurs is Nigerian goalkeeper Josh Oluwayemi.

Spurs’ 20-year-old goalkeeper was a shock call up to his nation’s senior team over the past week, and despite not featuring, he is expected to become a regular in the Nigeria set-up, with competition for a spot among goalkeepers not too fierce after former Lille keeper Vincent Enyeama’s retirement.

Dublin-born left-back Dennis Cirkin is on the fringes of the first team squad right now and has not yet made an appearance, but a loan-move looks likely for him with a call-up to the Republic of Ireland senior squad on the horizon.

Having already been hyped up by Jose Mourinho, Cirkin is definitely one for the future – but only if he can displace Sergio Reguilon and if Ryan Sessegnon gets minutes further up the pitch.

Wales U21 international Elliot Thorpe is still listed as a Spurs player on the official website, but many reports have linked him with a move away to Hoffenheim, as well as Premier League rivals Leicester City – after being tipped to be called up next to the Wales senior squad in Autumn.

A central midfielder who has an eye for goal, the 20-year-old is reportedly desperate for first team football and feels ready for first team minutes at the top level, but that might be a little difficult for him while at Spurs, and with his contract set to expire, he is free to talk to other teams – but he is definitely a talent the club want to keep hold of.