Spurs set to raid Atalanta for Romero and Gollini 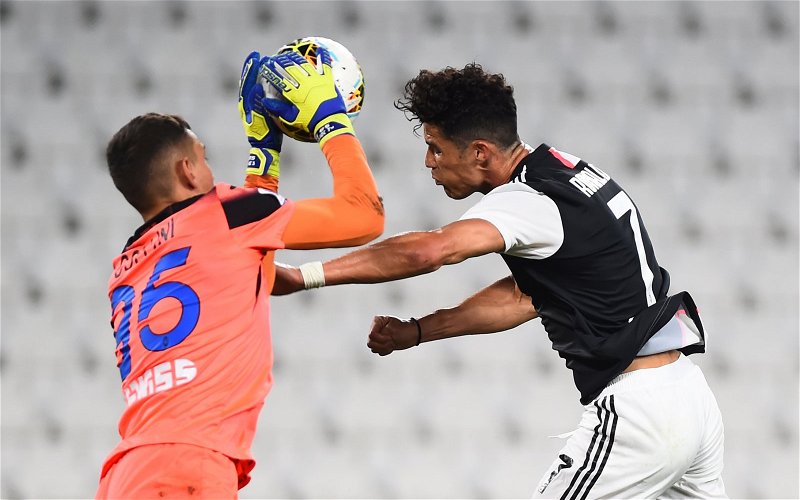 As the deal to take Japanese international Takehiro Tomiyasu stalls, Spurs‘ Sporting Director Fabio Paratici is busy working on other transfer targets from the Italian Serie A, with many conversations already being held with Atalanta over Cristian Romero and Pierluigi Gollini.

Romero, 23, has just come to the end of a two-year loan deal from Juventus – with Paratici organising the move which also includes an optional €16 million future fee that the Italian club will trigger – however a deal for him to immediately then join Spurs is believed to be difficult.

🇮🇹 Most interceptions in Serie A last season – Cristian Romero (96)

🗞️ Spurs are in advanced negotiations to sign Romero and goalkeeper Pierluigi Gollini from Atalanta, according to @AlasdairGold pic.twitter.com/pQQojWaqs9

Paratici is believed to be prepared to pay a much larger fee than €16 million to land the centre-back – but not the £52 million valuation set by Atalanta, who would be able to take massive advantage of any profit they earn due to the majority of the teams in the Serie A struggling financially after the Coronavirus pandemic.

After winning the Serie A Defender of the Year last season, Romero impressed for Argentina at the Copa America this year, helping his nation to win the trophy for the first time remarkably since 1993.

The quick defender scored three times in all competitions last season for his club, but it was his leadership and composure in defence which impressed most, as he constantly made important clearances, interceptions and tackles while also demonstrating tremendous ability to carry the ball out from the back.

Tottenham are set to sign Pierluigi Gollini from Atalanta as new goalkeeper, confirmed and here we go! ⚪️🇮🇹 #THFC

Buy option could become obligation in case of some targets achieved.

Meanwhile, there is a total agreement for goalkeeper Gollini, who also spent time with Manchester United and Aston Villa earlier on in his career which has really taken off in the last few seasons where he has become a first team regular with the Italian side.

The deal will be an initial one-year loan with an option for a second year and then a permanent fee in the region of £10-15 million – which is seen as a bargain by the club who believe he will be the natural successor to club captain Hugo Lloris.

However, the signing could bring about the end of Joe Hart’s Tottenham career, as well as Alfie Whiteman with both players tipped for permanent moves away to become first team regulars elsewhere.