Spurs set to earn fee from sale of academy graduate 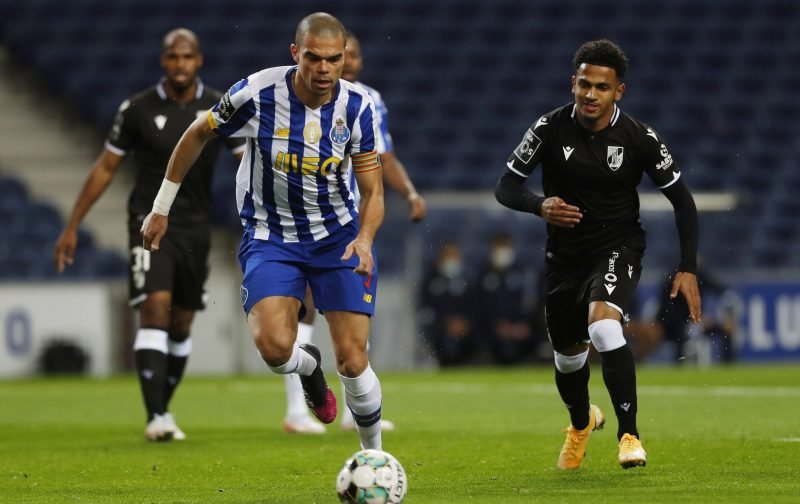 Spurs are in for a busy transfer window this year as a massive clear-out is pending, with plenty of players, experienced or young, being put on the transfer list if they have been deemed as not needed or not good enough.

Players like Eric Dier, Davinson Sanchez, Harry Winks and Erik Lamela could all be set to leave the club in the summer, while Juan Foyth, Serge Aurier and Toby Alderweireld are all being targeted by various other clubs, but selling current players won’t be the only way of raising transfer funds for the upcoming transfer window..

Vitoria S.C attacking midfielder Marcus Edwards could be about to join Portuguese Liga NOS champions Sporting Lisbon in the near future, and due to a clause in the deal to sell the player from Spurs to his current club, 50% of the next transfer fee will be owed to the North London club.

Marcus Edwards is being linked with a €13m move to Sporting Lisbon. #thfc hold a 50% sell on clause in a transfer of the player so could be in line for €6.5m pic.twitter.com/ux7RM4eU8P

While his release clause is around £41 million, it’s likely that Vitoria will demand significantly less than that, and while the Sun have reported that the fee could be in the region of £11.5 million, it’s unlikely the Portuguese club will be happy with receiving anything less than £10 million after Spurs have taken their fee.

Marcus Edwards is balling. Fair play to him, 3rd goal in one week pic.twitter.com/C289BPDvxL

Edwards, 22, was once dubbed as the ‘mini Messi’ by Mauricio Pochettino, but just like Reo Griffiths, Keanan Bennetts, Noni Madueke and Luis Binks, the skilful playmaker left Spurs to join a club abroad in the search of first team football to help his development, and find a home as opposed to being sent out on loan again.

Yes, Danny Rose a true legend and just to back up, what you've said, the following comment speaks volumes of this legend.
Under-23 player Elliot Thorpe said "it's sad that people will never know how much Danny did for all of us young players"

The Wales U19 international is a very versatile player who can play slightly further forward or a little more defensive, as well as on either flank too, and with him currently refusing a new contract as his is about to expire in a months time, a move is definitely on the cards to either a country abroad or somewhere within the Premier League or Championship due to his desire to play first team football.