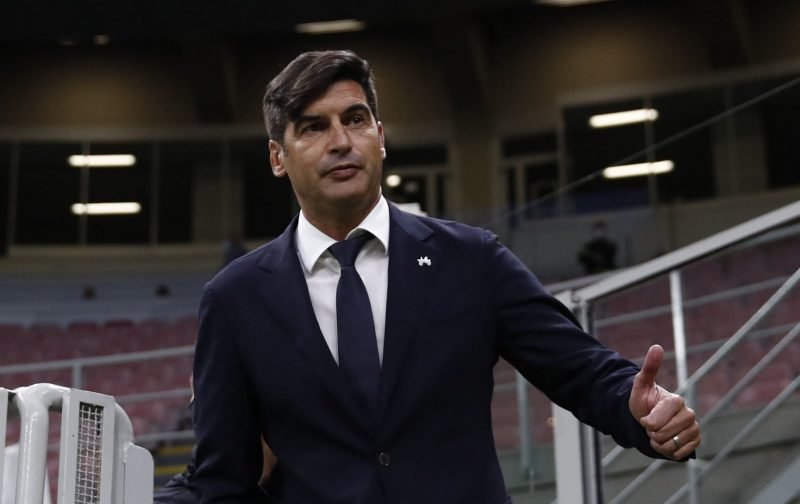 The vacant managerial position at Spurs could be about to close, with the club set to appoint former Shakhtar Donetsk and Roma manager Paulo Fonseca as new manager on a three year contract, more than 50 days on from the sacking of Jose Mourinho.

The Portuguese manager is believed to be new Sporting Director Fabio Paratici’s first choice for the job, with the Italian in the driving seat for making the big decisions just like this one, even though he preferred the option of Antonio Conte just a week ago.

Antonio Conte explains why he rejected the Tottenham job ❌ pic.twitter.com/kHtfuPvv7I

Fonseca was sacked from Roma around the same time as Mourinho was relieved of his duties in North London, and it now looks like the managers will swap around as the former Spurs boss has already taken the job in the Italian capital.

Paulo Fonseca has agreed a two-year contract with #thfc. His formal unveiling is imminent. | @TelegraphSport

After impressing in Ukraine with Shakhtar Donetsk, Fonseca moved to Roma and took on the Serie A giants who reached the Champions League Semi-Finals just a year before, but with an ageing side and strict transfer budget, he found it difficult to put his stamp on things there.

Despite having a win percentage of over 50%, his Roma team finished 7th like Spurs last season, and the two clubs records both match in their respective divisions, which has left some Spurs fans dreading the appointment and believing that it will be a sideways move for the club.

However, Fonseca’s style is completely different to Mourinho’s, and he is more of an attack/possession orientated manager who idolises Pep Guardiola’s philosophies and strategies – which if he can imply some of them at Spurs, the fans could be won over quite quickly.

The latest as I understand it on Paulo Fonseca, with talks progressing, Fabio Paratici's arrival and a big summer of change at Spurs as I understand a number of players have now been told they can leave and their agents instructed to find moves. https://t.co/QZciD3mbPk

With Paratici behind him too, it could be a recipe for success, particularly as the Italian has already informed plenty of players in the first team squad that they will not be at the club next season – with a complete re-build and squad overhaul imminent.

Davinson Sanchez is expected to be replaced by someone like Milan Skriniar, Eric Dier with Joachim Andersen, Serge Aurier with Max Aarons and Erik Lamela with Marcus Thuram – with many more transfer targets still on the shortlist and a busy summer expected with Fonseca set to be in charge ahead of pre-season.