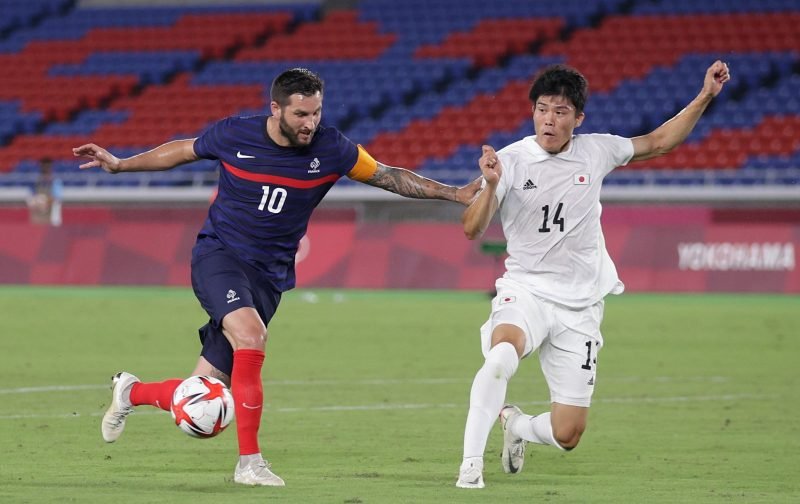 As the Cristian Romero deal continues to stall, Spurs are edging closer to their third signing of the Summer, with Calcio Mercato reporting that a deal has been agreed in principal for Bologna defender Takehiro Tomiyasu.

🚨 BREAKING: Tottenham have an agreement in principle to sign Takehiro Tomiyasu. Spurs offered €20m excluding bonuses. The club intend on completing the transfer after the Olympics. [@calciomercatoit] pic.twitter.com/QNGRxDkrGT

With Tomiyasu currently still in Tokyo representing Japan in the Olympics, negotiations for the versatile 22-year-old were put on hold as Spurs pursued a deal for Atalanta and Argentina star Romero.

However, not enough progress has been made and the season is getting closer every day, so the club may be forced to look at alternative targets – however it is unclear whether or not the signing of Tomiyasu would prevent an agreement being reached for €55 million rated Romero.

The Japanese defender will cost around €20 million without bonuses, and he will become an invaluable member of the first team squad as he can play at right-back and centre-back.

🗞[@FabrizioRomano] | Tottenham Hotspur still are working on a deal for versatile defender Takehiro Tomiyasu and have made a proposal to Bologna.

🔁The deal is not advanced yet as the defender is at the Olympics which is delaying the move.#THFC #COYSpic.twitter.com/hS5hjkiKrq

Last season he scored two goals in the league for Bologna, where he demonstrated excellent composure and concentration, also impressing with his ability to bring the ball out from the back, make important tackles and his ability in the air too.

He is highly rated in the Italian Serie A, and he is expected to replace the outgoing Serge Aurier who is actively being offered out to clubs and fight for a place in the team with Matt Doherty and Japhet Tanganga, who has reportedly turned down an opportunity to join Galatasaray on loan.

🗞[@AlasdairGold] | Takehiro Tomiyasu is being seen as a right-back who can play in the centre if required for Spurs.

🧩If Tottenham Hotspur were to sell another centre-back then they would look to bring in a second new one to replace them.#THFC #COYSpic.twitter.com/hS5hjkiKrq

Tomiyasu would also join Pierluigi Gollini and Bryan Gil has new signings – but Spurs aren’t likely to stop working in the transfer market with Paratici desperate to improve the team in any way he can.