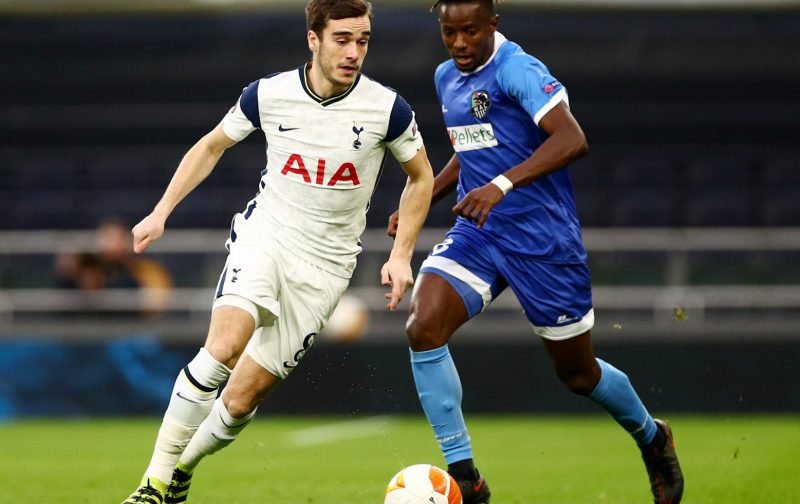 Harry Winks has been the subject of interest from plenty of teams this season, including Everton and Valencia as the Spurs academy graduate has struggled for game-time with Pierre-Emile Hojbjerg and Tanguy Ndombele ahead of him in the pecking order.

With Oliver Skipp impressing at Norwich too and due to return in the summer to become a regular starter, and RB Leipzig midfielder Marcel Sabitzer heavily linked with a move to the club in the summer, the exit door looks like the likely destination for Winks.

Atletico Madrid have become the latest team to register an interest in the 25-year-old, and should he join the club, he would link up with former right-back Kieran Trippier who has revived his career working under Diego Simeone.

That’s like saying Barca leading the chase to sign the midfielder but face competition from Forest Green, Mansfield and Barrow

Despite Jose Mourinho already admitting that there would be ‘no chance’ Winks would leave in January, which of course he didn’t, and the Hemel Hempstead-born midfielder being a Spurs fan from a young age, it’s likely that if he misses out on the Euro 2020 squad, he will be on the lookout for new opportunities and hoping a bid that comes in from him is accepted.

The Spanish giants would be a good fit for Winks, as they like to play quick-passing and occasionally counter-attacking football which would give the Spurs man the opportunity to shine, especially with similar players Koke and Saul able to tutor him and improve his game.

The ten time England international hasn’t played too much this season, but he has shown glimpses of his qualities, including his work-rate, dribbling and passing, but because of the limited opportunities given to him, he has looked particularly rusty in the games he has appeared in.

🏴󠁧󠁢󠁥󠁮󠁧󠁿 Tottenham Hotspur midfielder Harry Winks comes clean on his wonder-goal and sums up the victory for Spurs against Ludogorets in the Europa League this evening:

😅 "It was a pass for Gaz, I overhit it, but I'll take it!"#THFC #COYS #TOTLUD #UELpic.twitter.com/mFWlkF9mcI

He will be especially disappointed to be left on the bench after Spurs’s disappointing 2-2 draw with Newcastle, where they lacked stability in the midfield area as Lo Celso and Hojbjerg were caught out too often.

This season has been Winks’ best season for goalscoring, as he has two in 24 games in all competitions, including one where he scored from the half-way line against Bulgarian outfit Ludogorets in the Europa League.