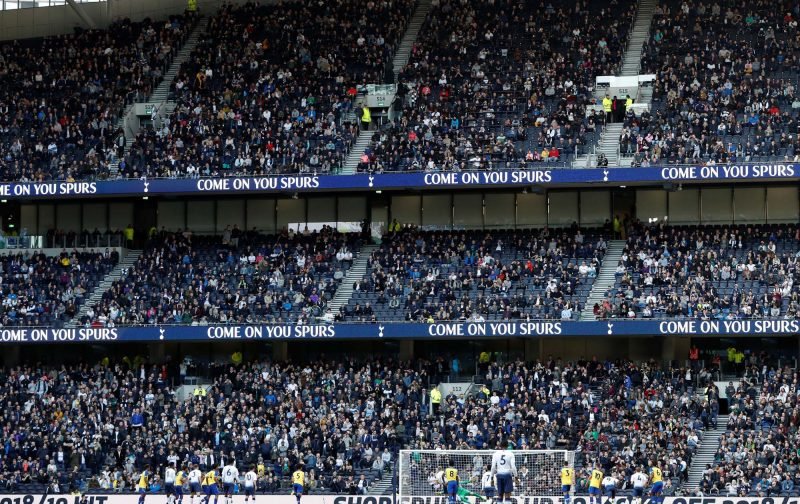 With recent reports linking Tottenham Hotspur with a move for Bayer Leverkusen attacker Julian Brandt, the deal may not be as straight forward as originally implied.

The Daily Mail reported earlier this week that the 23-year-old creative talent could be our potential replacement for Christian Eriksen with ongoing doubts about his own future with us, and the German side Leverkusen have reported built in a £21.5million release fee, which would be tasty and well within price range.

Whilst he has predominantly played in central midfield this year, he is versatile and can play on either flank or through the middle in midfield and attack and even has an appearance at left back this year. He already has 24 German caps to his name and in 2018/19 he’s returned nine goals and 17 assists across all games, but a more recent report from Sky Sports claims he would prefer a move to Borussia Dortmund and not the Premier League at this stage of his career.

That didn’t stop Spurs fans from getting excited at the move though, especially as our last capture from Leverkusen didn’t turn out to be too bad!

Yes please. Would be great competition for Eriksen if he stays and a good replacement if he goes.

I’ll believe when I see it. Class young player, I’m pretty sure Dortmund and Bayern will be sniffing around at this price

make this happen please its so possible

Hope these Julian Brandt rumours are true, seen a lot of him , good player and dosent stop running/working! Get it done ! #THFC #COYS

Would be a great signing tbh