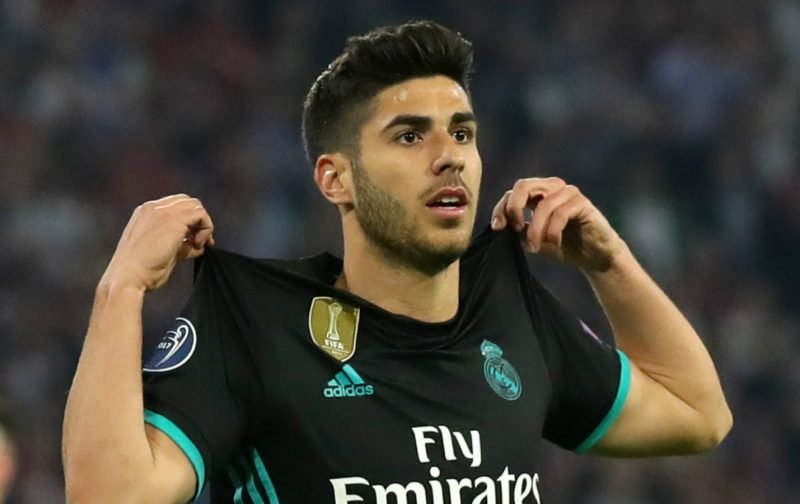 At points, it feels like you have to look really hard on Tottenham Hotspur’s rumour mill this summer for a piece of speculation that isn’t so obviously batpoop invention and more, that somehow doesn’t involve Real Madrid in either incomings or outgoings.

With manager Mauricio Pochettino, Christian Eriksen, Gareth Bale and Luka Modric all regulars this summer when it comes to the speculation, Spanish outlet AS have now built on the earlier speculation linking us with having a possible interest in Marco Asensio because they believe he has been surprisingly transfer listed by Zinedine Zidane.

The 23-year-old versatile attacking midfielder does naturally tick plenty of boxes in reality and with plenty of development left ahead of him, Poch wouldn’t be a bad candidate to help him to a new level and he did only make 22 starting appearances last season, with the bulk of his game time coming as a substitute. Including international matches, the Spaniard did make 54 appearances in total and contributed seven goals and eight assists, so I’m not so sure they’ll be moving him on.

Given their spending so far this summer, £80million would certainly be tempting as they look to balance their books, but again I can’t see us going that high for a single player – regardless of who they are.

If we can get that mooted fee down, this would be a signing I’d welcome from the bits I’ve seen of the lad and then we can play the amortisation game with a solid five year contract.

22 y/o’s Agent Is In London, So Naturally Spurs Must Have An Interest In The Player

7 Replies to “Spurs Linked With Another £80m Real Madrid Player”