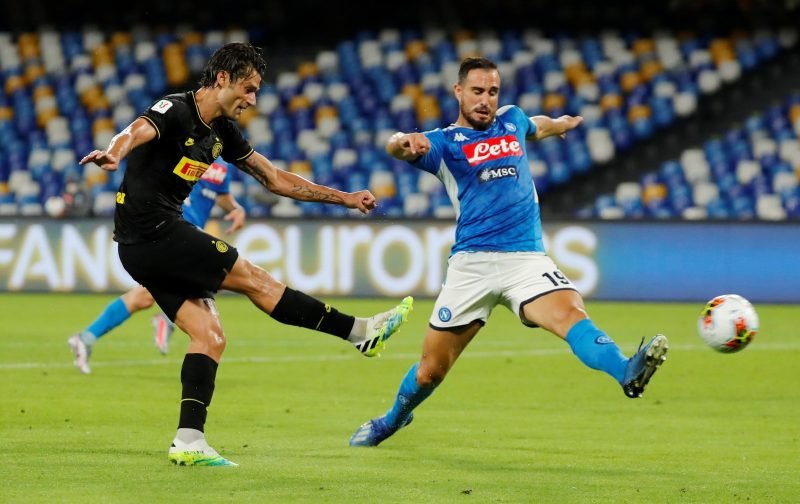 We would absolutely love Kostas Manolas of Kalidou Koulibaly at Spurs, as both players would significantly improve our defence, but it is the versatile defender Nikola Maksimovic that the club is reportedly interested in right now.

Don’t be disappointed though, because there are plenty of positives about the 29-year-old Serbian, including the fact that his contract is expiring at the end of the season and therefore he would be joining the club on a free transfer on far from extortionate wages.

📊 Tackles / fouls when attempting to tackle

The defender earned a move to the Italian giants after starring for Torino between 2013 and 2016, and since moving to Napoli he has been deployed as a centre-back, right-back and defensive midfielder, earning comparisons between him and Manchester United legend Nemanja Vidic particularly in his homeland.

This season, the Serbian has played 27 times in all competitions for his club, completing 92.2 of his passes per game on average in the Serie A, as well as winning just over two of his aerial duels per game too, despite coming off the bench five times in the league.

West Ham target Nikola Maksimovic looks like a very good passer. He seems very competent bringing the ball out from the back, meaning he could be the perfect RCB in the new found 343 system. Is this our man? pic.twitter.com/M2DugzCeWu

Maksimovic, who is also linked with rivals West Ham, has earned praise off the likes of former manager Carlo Ancelotti, who labelled him as ‘excellent’ a few years ago, and he has been very impressive during his time in Italy since moving from Red Star Belgrade.

But the defender wouldn’t likely be a first-choice player for Spurs, which makes the move less appealing to the club as he will also take up a foreign player spot.

On the other hand, signing Maksimovic as a back-up option in a number of different positions could allow the club to sell the likes of Serge Aurier, Davinson Sanchez and Moussa Sissoko should they choose to, freeing up two more foreign player spots.

So it’s likely that if the player does sign on a free transfer, departures will be inevitable, but it won’t prevent Daniel Levy in being able to bring in other transfer targets who aren’t homegrown to improve the defence too.