Spurs Defender Gets Additional Italian Interest According To Reports 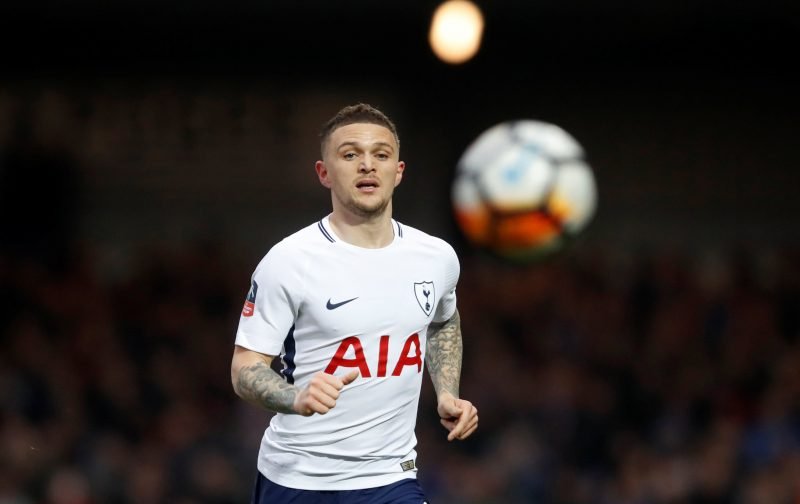 The summer transfer rumour mill at Tottenham Hotspur will only step into a higher gear now following our Champions League Final defeat to Liverpool, and one player who has already featured has been Kieran Trippier with prominent links to Napoli – but reports now state that Juventus are sniffing around.

With talk of fees between £25million to £50million being banded around as previously covered, it was claimed Trippier’s wife was ‘shopping for schools’ a few week back, and speculation will naturally increase as following the defeat his actions with the fans could easily be read as a goodbye and in an interview he admitted, he wanted to stay in England, but couldn’t necessarily state he’d be at Spurs given all the rumours.

On Monday, Sky Sports reported that Trippier had now been identified by Juventus as a replacement for Joao Cancelo.

They naturally quote his words about the future (the above article) as justification for the interest, so again we just have to wait and see.