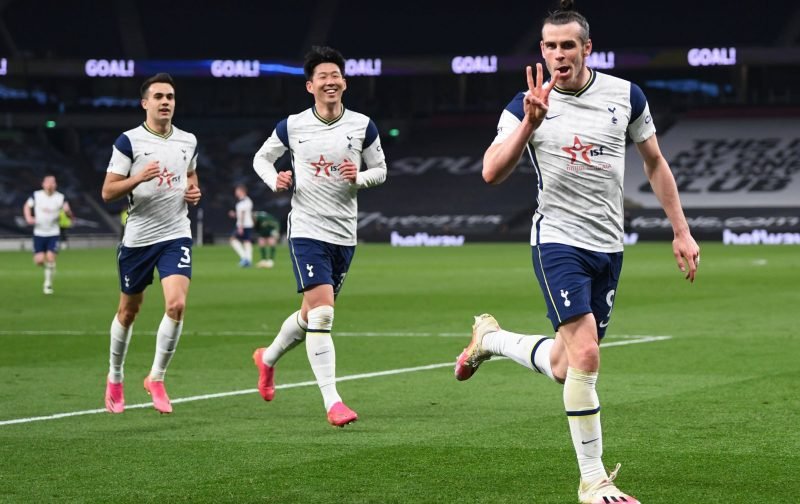 A fired-up Gareth Bale helped Spurs bounce back from their League Cup Final woes with a hat-trick to pile on more misery on Championship bound Sheffield United.

Bale’s now scored more goals for Tottenham since 2012, then his replacement Erik Lamela.

Heung-min Son was the other scorer, as he put the cherry on top with a sumptuous bending effort which struck the inside of the far-right post before rippling the back of the net to send Spurs above West Ham at least temporarily.

Spurs set-up in a more attacking formation, with Dele Alli brought back in from the cold to fill in in the centre of the pitch, picking up some great pockets of space but also showing his lack of match sharpness with some poor touches and passes.

Harry Kane endured a miserable day at the office, and his first-half strike across goal was cleared off the line by Chris Basham, despite the effort not actually being on-target.

It only got worse for the England striker who then watched his attempt from the middle of the opposition penalty area reach the upper tier of the stadium.

However, Spurs were bailed out in the 36th minute when our Welsh wizard on-loan from Real Madrid latched onto the end of Serge Aurier’s superb chipped through-ball to chip over the on-rushing Aaron Ramsdale.

This is a man who just knows where the back of the net is. Gareth Bale everybody. #THFC #COYS pic.twitter.com/5CMczAuGBP

After the break, Spurs didn’t let off the acceleration pedal and continued to look for the second goal, but the first major moment occurred when John Fleck appeared to stamp on Giovani Lo Celso’s face.

Controversial foul by Fleck on LoCelso. Not send off according to VAR. #COYS pic.twitter.com/ZH6qkGz1i2

Although it was quite clearly a red card offence not just to Spurs fans, players, Ryan Mason and pundits, VAR somehow decided the incident didn’t warrant a sending off.

Shortly after, VAR again got in the way of Spurs receiving a larger advantage, when Heung-min Son was deemed just offside after latching onto Toby Alderweireld’s long through-ball and finishing emphatically – but ultimately offside was the correct decision.

Bale would not be stopped though by the cameras or the 3D lines as he was played in moments later by Son, but this time with both men inside their own-half when the pass was made, and the 31-year-old finished superbly into the top right corner.

Oliver Norwood’s effort for the Blades was the closest they came to scoring but Hugo Lloris made the save look easy, before Bale completed his hat-trick thanks to some superb work from Aurier again as the Ivorian cut inside and laid the ball off for the Welshman to arrow past Ramsdale from the edge of the area.

Son wrapped up the scoring as substitute Steven Bergwijn set him up on the edge of the area cutting in from the left-hand side so the Korean could bend his effort right into the top right corner, hitting the post on the way in to wrap up a brilliant day at the office for Ryan Mason’s men.