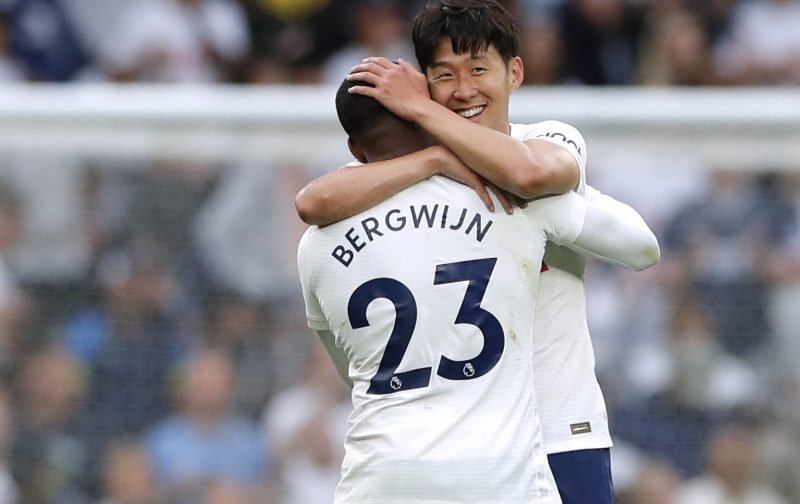 Nuno Espirito Santo got his first ever win as boss of Spurs, against the most difficult team in the league in the shape of Premier League champions Manchester City, thanks to a superb goal from Korean superstar Heung-min Son.

Clinical counter-attack from Tottenham, and the champions trail in North London…

Japhet Tanganga put in a man-of the-match display as he pocketed £100 million man Jack Grealish as well as England’s Euro 2020 hero Raheem Sterling all game long, showing his superior athleticism and intimidating aggression – stopping the City attackers in their tracks time and time again, not being dribbled past even once.

He's one of our own! ⚪️💪 pic.twitter.com/QloXG0Qu1r

The winning goal came from superb work by the excellent Lucas Moura, who skilfully directed the ball over his head into the path of Steven Bergwijn driving at the City defence before sliding in Son to cut inside Nathan Ake and curl the ball past Ederson.

Wheeling off to celebrate, the goal sent the entire Spurs stadium into rapture, and it should have been two moments later when Bergwijn found himself through on goal courtesy of a kind deflection, but Ederson closed down the angle expertly and the Dutchman could only find the side netting.

There was a debut for Cristian ‘Cuti’ Romero, who came on in the final moments to reinforce the brick wall that was stopping City from getting past, but it was the cleverness from his compatriot and fellow substitute Giovani Lo Celso which caught the eye in the final moments as his clever play and ability to draw fouls helped slow the game down and stop the visitors from getting near an equaliser.

Davinson Sanchez and Dele Alli were also excellent, as they look to reboot their careers after a difficult few seasons, while homegrown Oliver Skipp also grew into the game and looked fantastic despite a shaky opening fifteen minutes or so.

Next up for Spurs is a trip to Portugal to take on Pacos de Ferreira in the UEFA Europa Conference League.