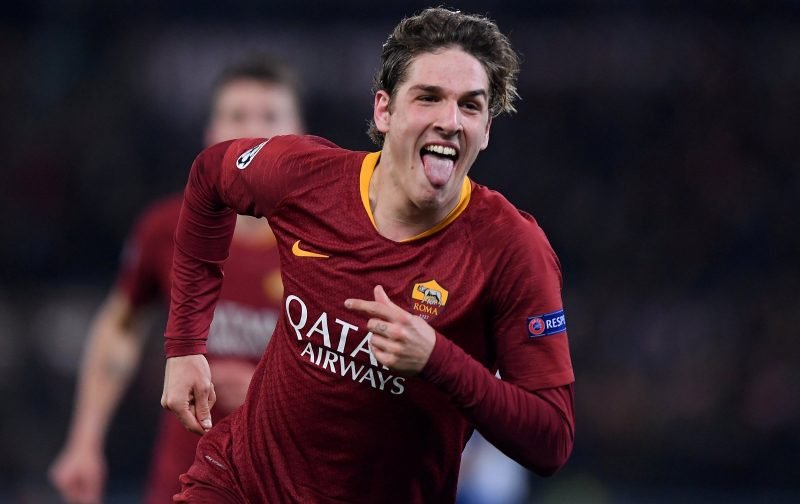 Spurs are set to challenge Juventus for the signing of AS Roma starlet Nicolò Zaniolo, though according to Corriere dello Sport, the player may need to choose between his head and heart when deciding who he joins.

In the report, it is stated that the 20-year-old has an appreciation for Juventus, while there would be better financial benefits if he came to London.

This shows that his heart is likely telling him to join Juventus, but as we’ve seen so often in the modern game, money can turn the head of many a player.

If Spurs are to secure his signature, the club will have bought a supremely talented player, who has shown glimpses of true class.

One of those moments came against Sassuolo, where he sat both the goalkeeper and defender on the floor before dinking the ball over the pair and into the bottom corner.

He ended last season with six goals in all competitions, with four coming in Serie A and the other two being scored in the Champions League – which both came in a clinically taken brace in the Round of 16 first leg against Porto.

Zaniolo has also featured for the Italian national team twice and represented his country as Italy hosted the Under 21 Euros this summer.