“Shame he can’t do that anymore” – These Spurs fans are reflecting on sad decline of £100,000 per week man 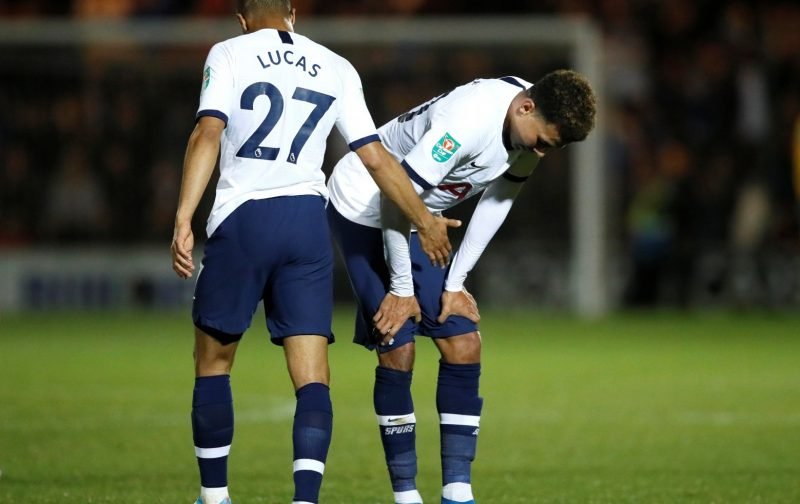 A post of a goal he scored against Watford at White Hart Lane was put on Twitter, and it has led to many Spurs fans reminiscing over Alli’s form back then.

Alli was once one of the most coveted players in the world, but last season, his form declined and, this season, he has looked well below the high standards of a few seasons ago.

The goal was a sublime curling effort that left the keeper grasping at thin air – this was peak Alli, and it is sad that he has regressed so much over the past year.

Many Spurs fans want this Alli back – as they miss these moments of genius that he produced on the regular.

Shame he can’t do that anymore. Absolute beast back then.

Get this Dele back

Shame he can’t rediscover this type of form

We want it again.

Oh to have him back!

He was so good that season, what has happened ????