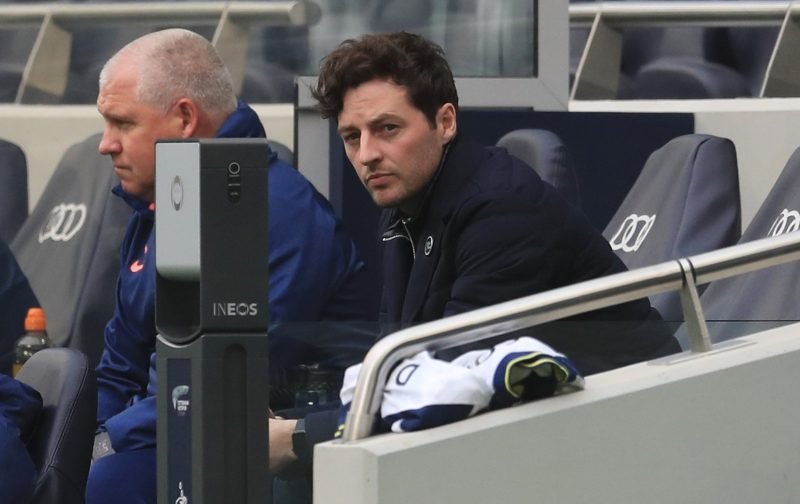 Tottenham have joined the rest of the football community in the UK and the wider sport community in taking part in a social media blackout which will last until the end of Monday.

"The social media platforms need to put something in place that makes people accountable."

The blackout is in protest against social media platforms’ incompetence in combatting racism and other forms of online abuse, which in this day and age, is still incredibly common with a number of football players still reporting abuse every day.

Spurs interim manager Ryan Mason believes that it is the right thing to do, and action must be taken against abuse online and in general.

We now join teams across England in boycotting social media this weekend, in response to the ongoing discriminatory abuse received by players and others connected to football.

Social media companies must do more to eradicate online hate.

“I think it’s spot on,” said Mason on the social media blackout which began at 3pm today.

“I think it’s right that it doesn’t just become about the sporting world.

“It becomes about the world as a whole because social media, they need to put things in place that protects people from certain things and many terrible messages, but also it makes people accountable as well.

“There needs to be a name and a face to anyone who wants to sign up to use these platforms. They need to put something in place that does that.”

Heung-min Son is just one of the Spurs players who has been the victim of racism throughout his career, and has received some horrible abuse during his time in a Spurs shirt, and Mason believes that using proper identification to set-up accounts can help combat horrific abuse.

“Something I think like I said, if you want to subscribe to use these platforms, you need to have a name, you need to have an address, a name, a profile that says this is who this person is, if you’re tweeting or posting messages, whatever it is with that profile,” Mason continued.

“Then if there’s something where they are breaking laws or doing things that are not acceptable then you know you can take action.

“I think I’ve only been in this job the best part of a week but from my experience as a player you almost have to learn to live with it [the social media abuse directed at players], which isn’t acceptable.

I’m happy that there’s a bit of momentum behind it, but action needs to be taken and it’s not acceptable that some of the abuse that you see directed at players by many different people, but we don’t know they are.

“They don’t have a name and we don’t know where they’re from. That can’t happen and it can’t happen still in the world we’re living in. So these social media platforms, they need to take some action.”

Mason also admitted that during his playing days, the negative comments and abuse had an affect on him too, and in this day and age where mental health is something we are all campaigning for awareness and attempting to combat, it’s simply not acceptable.

“Listen, I’d be lying if I said certain comments don’t affect you,” Mason added. “We’re human beings. I had to zone out of it and had to take myself off social media as a player because I didn’t want to see it.

“Even after I retired I’d get messages about my injury and certain things and you almost think it’s another message and I’ll just ignore it, but these things shouldn’t be acceptable.

“They aren’t acceptable but they just seem to be ok to happen. I think the platforms need to put things in place that hold people accountable for these type of things.”

Spurs take on Sheffield United on Sunday evening, and will wear special kits in support of the charity, ISF Cambodia.