‘Ridiculous’, ‘Puskas’ – Plenty of Tottenham fans in disbelief after stunner 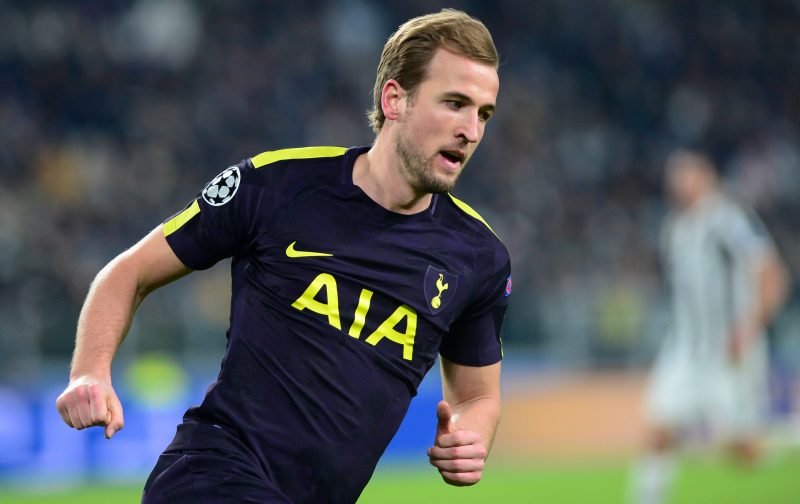 Pre-season is very rarely about the results and much more about fitness, getting game time and preparing for the new season. That all went out of the window for Tottenham fans, though, when Harry Kane scored a beauty from the half-way line against Juventus yesterday.

The England captain looked to have it all to do when he received the ball after Lucas Moura stole it from Adrien Rabiot, but with his first touch and without even looking up, he lobbed an effort from miles out over the top of ex-Arsenal goalkeeper Wojciech Szczesny and into the net.

It couldn’t have been a better start for Spurs and for Kane to pre-season, sealing a 3-2 win after goals from Erik Lamela, Lucas Moura, Cristiano Ronaldo and Gonzalo Higuain had the score locked at 2-2. Spurs’ next game is now against Manchester United on Thursday, and the Lilywhites will want another Kane stunner.

@BarstoolBigCat King Harry Kane from just a lil outside the

Just a one season wonder. Only tap ins.
COYS! One of our own!

Goal of the year, unbelievable! Harry Kane you are ridiculous!

The Lilywhites absolutely loved Kane’s world-class goal against Juventus and will want a few more of them when the season starts.