Report: Tottenham target ‘new-generation goalkeeper’ available on a free next summer as new no.1 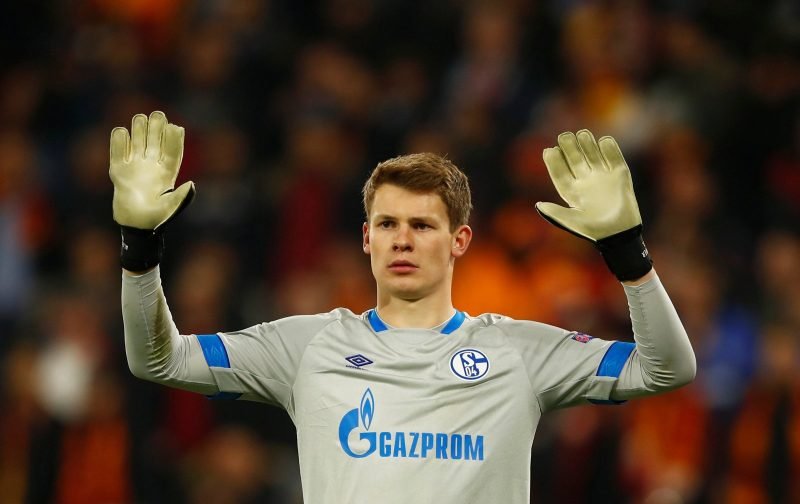 Tottenham are keeping tabs on Schalke captain Alexander Nubel as a potential signing to replace both Hugo Lloris and Paulo Gazzaniga as the club’s number one.

TalkSPORT reports that the 23-year-old keeper, whose current contract with the Bundesliga side expires at the end of this season, is being eyed at by Spurs as a possible signing due to the long-term injury to Lloris as well as Gazzaniga’s lack of quality in-between the sticks.

Dubbed as ‘a new generation-goalkeeper’ by former Paderborn coach Markus Krosche as per the Bundesliga’s official website, Nubel’s stock in recent months has risen considerably.

The shot-stopper was handed the captain’s armband for Schalke at the start of the season and Nubel has since been impressive for the Ruhr-based club with a string of important performances that have helped the Royal Blues’ 5th in the Bundesliga table.

Often compared to Bayern Munich keeper Manuel Neuer report and subsequently linked to the Bavarian giants as mentioned in the aforementioned Bundesliga, the race for Nubel could be a tight one for Spurs.

But Tottenham could have the edge in the pursuit for Nubel.

The 23-year-old has asserted himself as a keeper who thrives being the number one at a club, and if Nubel was offered either a starting role with Spurs or a second-choice option to Neuer at Bayern, the young German could be swayed to make a move to the Premier League if the youngster is offered first-team minutes.

With Lloris’ future at Tottenham seemingly in doubt given the injury the France captain suffered against Brighton earlier in the season, Jose Mourinho could be eyeing a new number one to replace the former Lyon keeper next season, and in Nubel, the Portuguese manager will have an ideal candidate to take over from Spurs’ long-term shot-stopper.