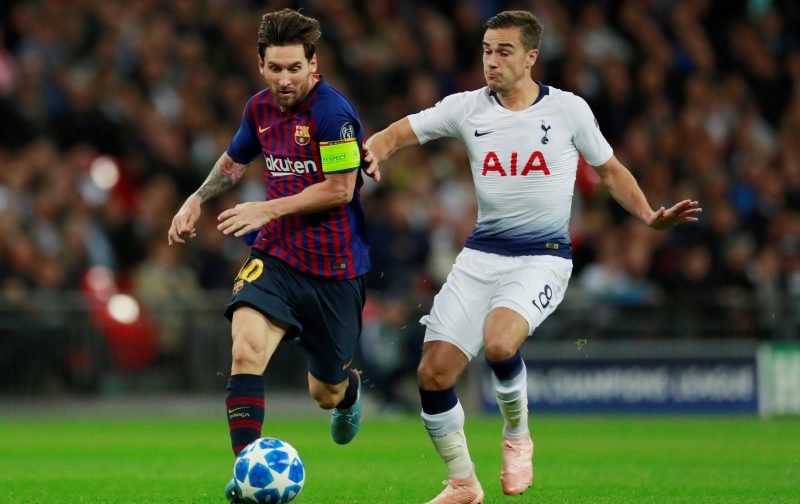 Harry Winks has admitted that it feels nice to be compared to former Spain and Barcelona midfielder Xavi but also claimed that there is still a long way to go before reaching that level.

Speaking to Goal, the England international said he was happy to be likened to a great of the modern game, but was quick to refrain that there is a long road ahead before he can compare himself to a player like Xavi, who won 32 honours in total as a player with Barcelona and Al Sadd, four of which were Champions Leagues.

Winks said: “It’s nice to be compared to such players, but there is still a long way to go for me. Nevertheless, Xavi is similar in his way of playing. Like me, he is not the most physical or the biggest player. I have always watched and admired him.

“I have always looked at Luka Modric, and it was a pleasure to watch him during training and in games. I looked up to him.”

The Spurs midfielder also spoke about how the Mauricio Pochettino and the coaching staff as a whole have taken Tottenham to a whole new level as well as praising the club for wanting to improve players as well as integrate youth into the senior squad.

Winks has been one of a number of players to come through the Spurs academy and make a name for himself in the first-team under Pochettino along with the likes of Kyle Walker-Peters, who has taken over the right-back spot this season following the departure of Kieran Trippier.

Winks said: “Our coaches have created a new Tottenham and taken the club to a new level. They do incredibly well to improve us as players, and they have integrated youth players like me into the team.

“There is a special bond between the coach and the players. In the changing rooms, we are almost like a family. We all fight for each other. That’s probably why we’ve been so successful over the past two years and improved so much.”