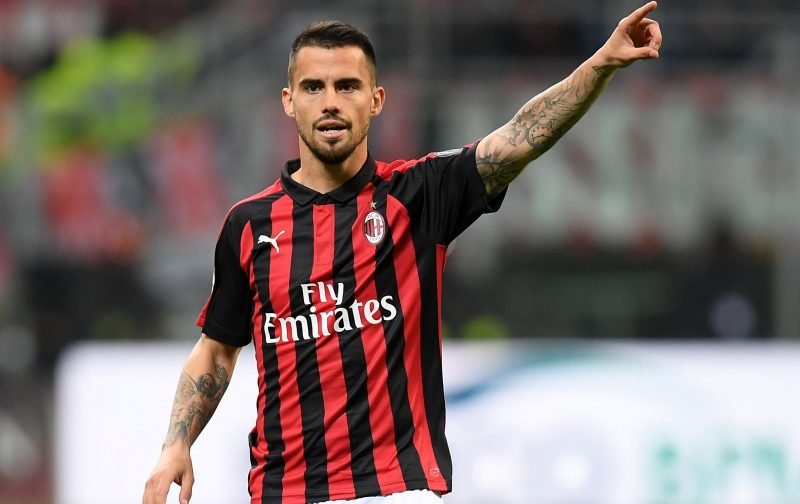 Tottenham are reportedly keeping tabs on AC Milan winger Suso after the Spanish attacker left his agent to sign for Mino Raiola.

According to CalcioMercato, Spurs, as well as London rivals West Ham and Wolves, are keeping an eye on Suso’s situation with the Serie A club after the former Liverpool wide-man left his previous agent, Alessandro Lucci, following an alleged contract dispute with AC Milan also reported by CalcioMercato.

With Suso now signed with super-agent Raiola, the potential for a big-money move away from Milan is now back on the cards according to the report, with Milan willing to sell the 25-year-old winger for up to €40m (£34m), and Spurs are sniffing around.

With Tottenham not having a set right-sided attacker, with positional stats from Transfermarkt showing that wingers Lucas Moura and Erik Lamela have been used all over the attacking third of the pitch so far this season, Suso could be a player that can be brought in that will likely make a claim for himself as Spurs’ main starting forward down the right.

As positional stats from Transfermarkt show, the former Liverpool man has almost exclusively been used as a right-winger for Milan in either a 4-3-3 or 4-2-3-1 formation, with Suso scoring 19 goals and assisting 34 from the position, and playing alongside a more potent and creative attack to what the Rossoneri can offer can easily see the Spaniard flourish out on the flank.

Suso playing alongside a Dele Alli or Heung-min Son and providing for a striker like Harry Kane could see the 25-year-old become a productive wide-player for Tottenham, yet with West Ham and Wolves also reportedly in the hunt for the Milan star, Spurs will need to act quick in order to secure a player who could seemingly solve their right-wing problems for good.