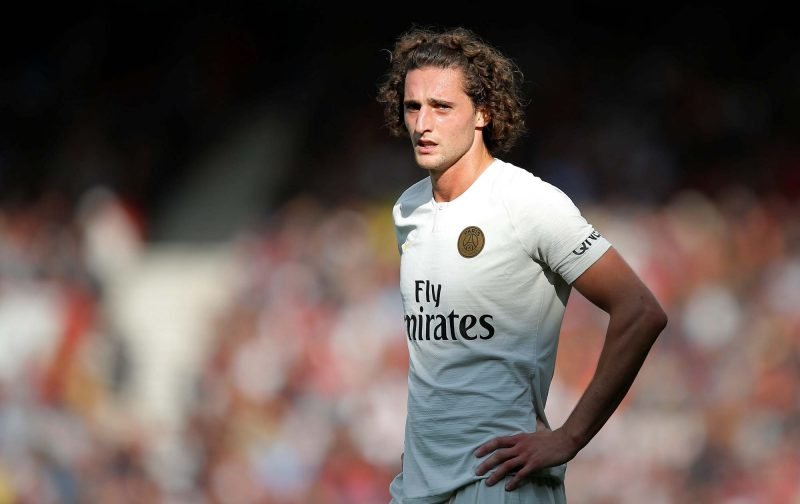 Tottenham Hotspur have been linked with a move for Paris Saint-Germain’s Adrien Rabiot once again and fans have made it clear that they do not want him at the club this summer.

France Football (via Sport Witness) have claimed Spurs are thought to have made contact with the player’s representatives recently as the midfielder prepares to leave the Ligue 1 outfit.

The 24-year-old’s contract is set to expire in the next week and has been heavily touted with a move to Juventus in recent days – with an expected decision about him joining the Old Lady coming imminently.

However, that does not appear to have left Spurs out of the conversation.

Whether France Football have included our names in the discussion for Rabiot’s signature is just an attempt to try and build a story and perhaps send a little bit of panic into Juventus and their chances of completing a deal for the midfielder remains to be seen, but it would appear many of the Tottenham fans would be happy if there was no truth in the rumours.

A number of fans took to Twitter upon learning of the news (once again) surrounding us and the PSG man and many of them simply did not want him to join us this summer.

As mentioned, the links surrounding Rabiot and a move to Spurs are not unheard of and one fan looked to sum it up by saying ‘not again’. One stated ‘I really hope this isn’t true’ whilst another said ‘his unwanted services are beneath us’.

This is one I really hope isn’t true

We don’t need him

His unwanted services are beneath us. #GoWhistle