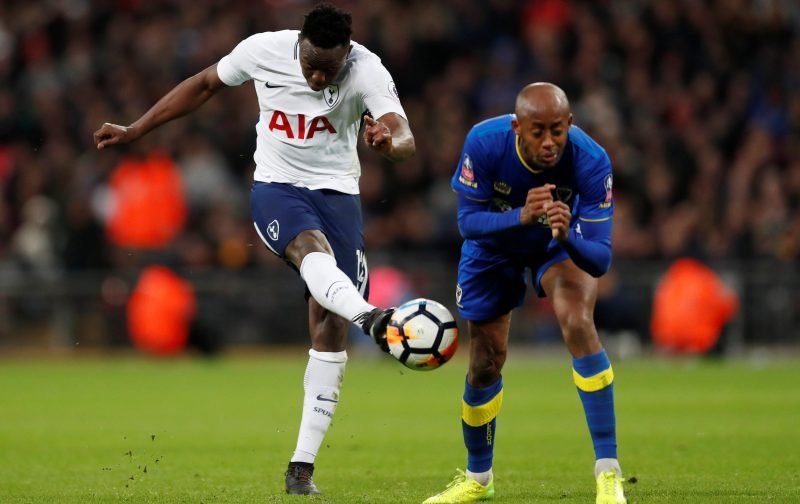 Victor Wanyama’s future at Tottenham Hotspur has been something that has been in doubt for some time.

The Kenyan international has really struggled to overcome the injuries he has had this season and rumours have continually surfaced suggesting that he could be offloaded in the summer as we have no need for him.

According to one of the latest reports by the London Evening Standard, Wanyama is expected to be one of the men Mauricio Pochettino has made available for transfer.

And, it would hardly be a surprise if we do manage to acquire Tanguy Ndombele this summer.

Apparently, we are in talks with Olympique de Lyonnais regarding a possible deal for their defensive midfield ace, however, we are also thought to be some distance from meeting the French outfit’s demands for their star (Guardian).

If he arrives in north London, it would only push Wanyama further down Pochettino’s pecking order as the 22-year-old would, perhaps, be one of the first names on the team sheet each week, whilst the likes of Moussa Sissoko, Harry Winks and Eric Dier all, apparently, appear to be in front of him in the queue for the position already.

The former Southampton man, who is valued at £18million by Transfermarkt, has had moments of brilliance for us – there is no doubting that – however, injuries have really hampered the 27-year-old and his moments of producing the quality performances every week have dwindled significantly.

We should still be able to get a good price for him if he does leave Tottenham this summer and it would surely have to be a formality if Ndombele is brought in.