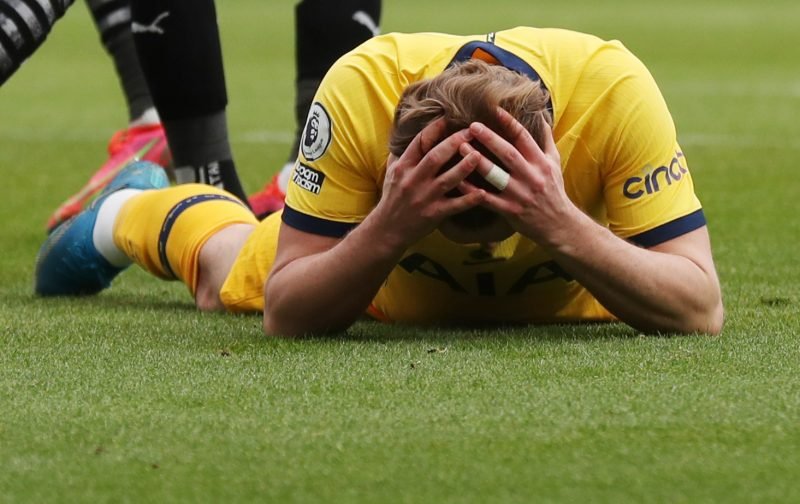 It really says a lot when the opposition had 22 shots about the defence, so for Lloris to manage to only concede two was impressive particularly because of that double-chance for Dwight Gayle in the first half which the captain showed off his incredible reflexes to stop. Having had no chance for either of the two goals conceded, apart from Kane, he was probably the best Spurs player on the pitch.

It was a real shame for the England Under 21 international to put in the performance that he did, especially as he had been impressive in the last Premier League outing against Aston Villa. While partially at fault for the first goal for his sloppy pass, he also didn’t do much better in helping prevent the second. Hopefully he can bounce back.

We haven’t seen many bad performances from Sanchez recently, but this one was one of his worst of the season. After showing signs of improvement in recent months, the defender was at fault for the first goal for his horrendous clearance and partially for the second too. The racism he was subjected to on social media was grim though and we are completely behind him in that regard and we hope that social media platforms take note and do more to stamp it out because it is genuinely horrific – no player let alone anyone deserves that kind of abuse, ever.

Signing Joe Rodon for only £15m might be the biggest robbery in football history. pic.twitter.com/UD6wj6zATI

Another bright display from Rodon despite the sloppiness of his teammates at the back. The Welshman made a few good tackles, clearances and his positioning was usually solid. There wasn’t too much he could do about the first goal, and the second was calamitous from the whole team, but he should have done enough to remain in the team for the foreseeable future.

The Spanish left-back did navigate the left-side of the pitch well and worked hard, but ultimately he should have done a lot more to prevent the second goal and also his final product should have been better. Jacob Murphy gave him a torrid time down that flank and he won’t want to remember this game for much longer.

We have all come to love Hojbjerg, but sometimes he just seems like he lacks a bit of concentration, particularly in his own final third. His tackle on the edge of the area for the first goal was poor and weak – something which we have come to not associate with the summer signing. A few good blocks but ultimately a disappointing day at the office.

Ndombele is a player that rarely seems to play poorly nowadays, and today was no different despite the disappointing scoreline. His brilliant pass to Lo Celso who assisted Kane for the first goal before his own fantastic assist for the striker were sublime, and on another day he could have had more assists.

So poor from G. Lo Celso. He's level with Willock at this stage (Image 1), whilst 5 seconds later Willock is allowed a FREE run into the 6 yard box (Image 2).

The basics of football, tracking your runners. Both GLC and TN are defensive liabilities. pic.twitter.com/w9PVmGU1I2

If it wasn’t for his assist for the first goal, he probably would have been given a 5 because he just seemed a bit clueless at times. Maybe Lo Celso is still working up match sharpness, as his passes just seemed a bit off bar the important one for Kane, and he was caught out multiple times in midfield, dallying on the ball.

Despite not doing too much wrong, Lucas really didn’t do too much right either. He won a few free-kicks here and there, tracked back regularly, but never really looked like scoring or getting into a position to assist a teammate. For his teamwork and work rate, we have given him a 6.

Perhaps the substitution at half-time was a little unwarranted, as Vinicius wasn’t given too much time to make an impact, and in the time he was on the pitch, he robbed Krafth and sent in a delicious cross that somehow wasn’t poked in past Dubravka. After he came off, the Spurs shape changed and Newcastle started getting more possession from Spurs clearances that weren’t followed up or charged down by Vinicius. He is hit and miss among Spurs fans, but ultimately Spurs looked less like scoring in the second half except on counter-attacks, and his work-rate and pressing was missed.

🗣"It has happened too many times."

Borderline eight and nine, but we have went for eight as ultimately, his shot which hit the post was followed by the equaliser from Willock seconds later. His goals took him to 19 for the season, and he is now the Premier League’s top scorer, but he will be kicking himself that he missed the two free-kicks from the edge of the area and that glorious chance to put the game to bed.

Son was substituted on at half-time, and ultimately didn’t have the same impact Vinicius had on the game. He did make some good runs, but Erik Lamela was one of the culprits that failed to find him at all when he made those runs, and for that reason as well as failing to pass to Ndombele when he would have been onside and through on goal in plenty of space, he has been given a four. Bale really didn’t have enough time to impact the game, but he will be incredibly disappointed with his free-kick.