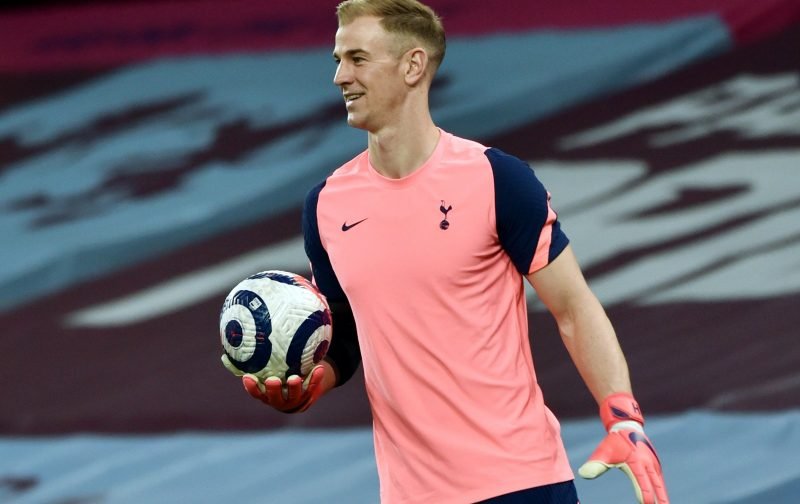 Spurs are close to agreeing the fourth outgoing permanent transfer for a first team player of the Summer so far, with goalkeeper Joe Hart set to join Scottish giants Celtic.

The former Manchester City and England star was a reliable second-choice keeper since arriving last Summer on a free transfer, but after the signing of Pierluigi Gollini from Atalanta, game time would have been very limited – particularly after Alfie Whiteman’s impressive showings in pre-season.

Negotiations progressing for Joe Hart to join Celtic, as revealed yesterday. Agreement now close to be reached for the English goalkeeper. 🏴󠁧󠁢󠁥󠁮󠁧󠁿⚪️🟢 #CelticFC

Tottenham are open to let Hart leave and save his salary, after signing Gollini as new GK. #THFC 👇🏻 https://t.co/G955DP5XpC

It is unclear at present whether or not a fee will be involved, but should Spurs receive any fee, it would go down as a good piece of business for the 34-year-old, who was a very vocal leader in the dressing room.

Meanwhile, Irish striker Troy Parrott has completed a loan move to League One side MK Dons where he is expected to be a regular starter and gain valuable experience.

After struggling at Millwall and then Ipswich Town last season, the 19-year-old will be hoping for a far more productive campaign in a squad which he could shine in.

With Dane Scarlett now seemingly favoured ahead of him by Spurs, game-time would have been hard to come by for him even in the cup games and even if Nuno was to deploy a formation with two strikers.

Elsewhere, Moussa Sissoko and Serge Aurier are also on the transfer list, and interest from across Europe has been shown but no bids for either players as of yet have been made.

Galatasaray have made progress in their talks to take Japhet Tanganga on loan from #THFC, which is also expected to include the option to make the deal permanent [@SportsDigitale] pic.twitter.com/Hb3yAX8kQU

Turkish side Galatasaray are in discussions with Spurs to take young centre-back Japhet Tanganga on-loan for the season, while Eric Dier, Davinson Sanchez and Harry Winks are all also being offered out to raise funds for Fabio Paratici to overhaul the team in preparation of a season of rebuilding.