Paratici to attempt to sign Juventus trio for Spurs 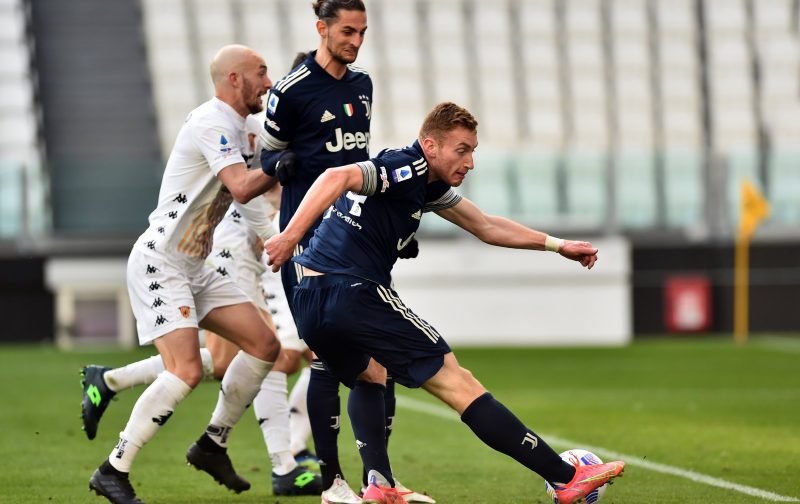 While Spurs continue to try and find a new manager, one big appointment that is set to be confirmed by the club in the coming days is for former Juventus Sporting Director Fabio Paratici to take up a similar role at the club.

The move is not just one to relieve a bit of pressure on the shoulders of Daniel Levy, but a statement of intent from the club as Paratici is credited with playing an influential role in the transfers to Juve of Cristiano Ronaldo, Paul Pogba and Paulo Dybala to name a few.

His high profile activity in the transfer market could set to continue into his stay at Spurs, as he looks to raid his former club to sign Leonardo Bonucci, Adrien Rabiot and Dejan Kulusevski.

It’s been a poor season for the Italian club, and Bonucci, who is 34-years-old and currently with the Azzuri at the Euros, could be available on the cheap, despite having another three-years-left on his contract.

The defender would improve the backline dramatically at Spurs, and the signing would give off similar vibes to the Chelsea transfer last summer to bring Thiago Silva to the club – and if Bonucci can bring similar levels of experience, leadership and quality, he could answer many of the team’s issues at the back.

At least Bonucci and Chiellini will be at the Euros. 😅 pic.twitter.com/2oORE97Pbb

French midfielder Rabiot is also likely to be available for significantly less than his valuation, due to being out of favour at the club despite impressing last season, scoring four times in the league.

However, even though he has been put up for sale by his club and he could partner compatriot Tanguy Ndombele in midfield, Rabiot has previously spoke of his concerns about the prospect of joining the club and back in 2018, he claimed he was too good to sign for Spurs.

🗞[@Gazzetta_IT] | Following the imminent arrival of Fabio Paratici as Tottenham Hotspur’s new sporting director, the club will look to complete the signing of Adrien Rabiot ahead of the upcoming window.#THFC #COYSpic.twitter.com/6kcqiKi0Zs

Meanwhile, Kulusevski is a transfer that is even more unlikely to happen, but a player who has an incredibly high ceiling and a high price tag probably is justifiable even to the likes of Daniel Levy.

After scoring four goals in the league last season, at 21-years-old next season could make or break his career at Juventus, with many expecting him to hit the ground running and contribute more in terms of goals after scoring six for Parma in just 19 games last season.

👔Paratici will make an attempt to bring Juventus star Dejan Kulusevski to Spurs, the player can operate as a winger or a midfielder.#THFC #COYSpic.twitter.com/FkIpbmNRdE

Many have compared the Swedish international to Mo Salah, and he could complete a deadly trio with Harry Kane and Heung-min Son if Paratici is successful, while Bonucci and Rabiot would also strengthen the squad greatly – but at the moment, all three transfers seem a little unlikely.