Opinion: Using international star in the wrong position shows how bad this problem is for Spurs 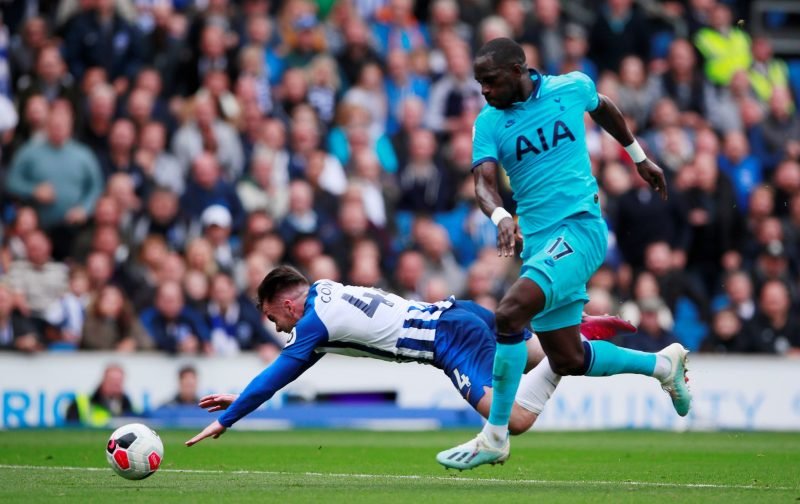 On Saturday, Mauricio Pochettino tried his fourth right-back of the season in only the eighth Premier League game.

This time it was Moussa Sissoko, who was stuck wide on the right – as Pochettino searched for a final solution to a problem position.

Kyle Walker-Peters started the season there, but an injury suffered in the defeat to Newcastle United saw him lose his place.

Next to have a crack at right-back was Davinson Sanchez – who was torn to pieces by Pierre-Emerick Aubameyang in the North London derby and was uncomfortable out wide on the right.

Serge Aurier was handed a career lifeline and played a massive role in Spurs’ demolition of Crystal Palace with an assist and the cross that led to Patrick Van Aanholt’s own goal.

Going forward, Aurier is brilliant, but he is too rash in defence, and the combination of a red card against Southampton and a shocking display against Bayern Munich may see him dropped.

This meant that Sissoko was given the chance to stake a claim as Spurs’ regular right-back, but the Frenchman struggled to deal with Brighton’s attack and though he worked hard for his team and was not one of Tottenham’s worst players – his deficiencies as a player were badly exposed at right-back.

Sissoko is a very physical player with little technical ability, and at right-back, he looked awkward and clumsy – often making stupid fouls and finding himself caught out of position.

The main priority for Tottenham in January has to be to buy a right-back – as the current options for a top-six club are not good enough.

Playing a midfielder out of position is a sign of the problem Pochettino faces, and the board must bring in a quality first-choice right-back or Spurs will continue to struggle.