With Danny Rose nearing an exit, Tottenham will need a replacement left-back this summer. Ben Davies looks set to be Spurs’ first-choice next season, but Mauricio Pochettino may need to scour the transfer market for some competition. The Scotsman say Kieran Tierney is on his radar, but it’s hard to see Spurs making the Celtic man a priority signing. 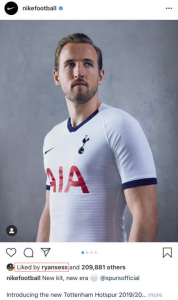 Pochettino wants Ryan Sessegnon from Fulham. The 19-year-old is keen to leave the Cottagers and would be developed into a left-back at Tottenham. Sessegnon is likely to play second-fiddle to Davies until he’s ready for first-team football, but Tierney couldn’t be managed in the same way.

The 22-year-old has made 170 appearances for the Hoops, winning five Premiership titles, three Scottish Cups and three Scottish League Cups. He’s not going to leave Celtic to sit on the bench, nor would Tottenham pay £25m and £4m-a-year in wages on a player who isn’t guaranteed a starting place. Spurs are holding out for a lower transfer fee for Sessegnon.

Arsenal are leading the race for Tierney, so it makes far more sense for Tottenham to focus on the Fulham youngster. Sessegnon recently ‘liked’ Spurs’ kit launch on Instagram which may be a subtle hint of his desire to wear it.