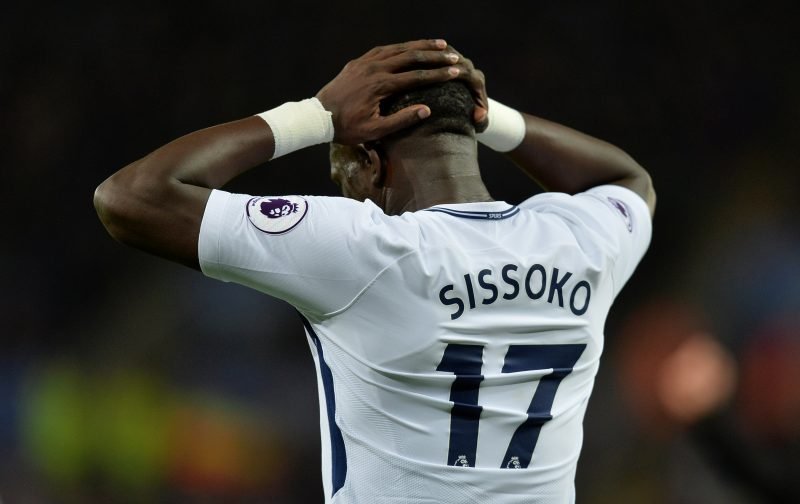 Moussa Sissoko’s stock at Tottenham couldn’t be higher after his outstanding season under Mauricio Pochettino, but he revealed in a recent interview that he was uncertain about his future at the club. Despite being a standout performer and fan-favourite in 2018/19, the 29-year-old was doubtful over a long-term stay.

He said: “Anything can happen in football very quickly. I don’t know. At the end of the season, it could be that they have a new project, that a new coach comes, and he doesn’t count on me – he wants to sell me. Many different things could happen.”

Sissoko has made 43 appearances in all competitions this season, making four assists. The French international has missed only four Premier League games since September and has played in every Champions League outing since early-November.

It’s unlikely he would be sold this summer or has to worry about his place in the side next year, but Sissoko isn’t taking his recent success for granted and Daniel Levy may be the reason why. The Tottenham owner is a businessman who makes decisions that will boost revenue or benefit the club, regardless of sentiment.

Levy sees players as commodities and will negotiate with clubs, managers and representatives for as long as necessary to get the best possible deal. Tottenham paid £36m for Sissoko in 2016 and stand the best chance of getting their money back if they cashed in on him now. The move would also save them £8.3m in wages over the next two years.

The Frenchman would be a hard player to replace, however, so his departure could harm Tottenham’s chances of a top-four finish next season. Attaining European football is lucratively beneficial and helps Tottenham attract better talent, so Levy can’t just sell all his valuable players. The same goes for keeping Pochettino at the helm.

Sissoko is clearly worried that things could change this summer that has an adverse effect on his future. From a business perspective, the players in the twilight of their careers are often deemed more expendable – especially when they’re earning more than the majority in the squad.

Players who get older dramatically fall in value too, so Tottenham have a small window to get the maximum from Sissoko’s sale if they were ever considering it. There’s no talk that he will move on this summer, but his comments were interesting.

Despite having two years left on his deal and coming off the back of his best season in a Tottenham shirt, Sissoko still admitted he doesn’t fully know what the future holds if there was a change in manager. Midfield is an area Spurs need to strengthen, so it’s hard to see the club letting Sissoko go.