Opinion: Time for Tottenham starlet’s to step up in problem area 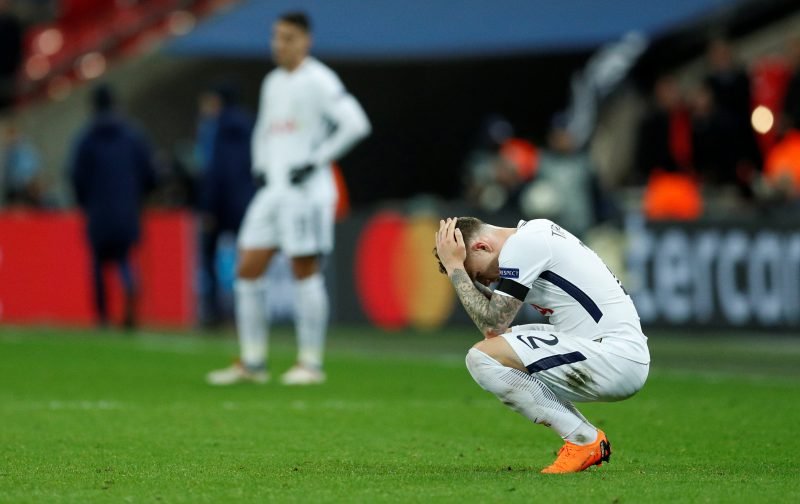 Kieran Trippier is officially an Atletico Madrid player and the Lilywhites now have just two right-backs, although Juan Foyth can also fill in on that side of the defence. The most reasonable thing to do would be to sign a new player to fill the void Trippier’s left, but it looks like Mauricio Pochettino is going down a different route.

According to Dan Kilpatrick of The Evening Standard, Tottenham are set to make do with what they have and instead of bringing in a new right-back the club will be looking to Serge Aurier, Kyle Walker-Peters and Juan Foyth to step up next season.

The report claims that despite holding an interest in Norwich’s Max Aarons, the Lilywhites ‘do not see value in the Canaries’ asking price of more than £20m’ and as it stands they are not planning on signing a right-back unless a suitable player becomes available later in the window.

That means that it will be up the club’s current trio of potential right-backs to shine. Foyth did a superb job in the role towards the end of the season before impressing in the Copa America for Argentina whilst Walker-Peters has attracted interest from both RB Leipzig and Crystal Palace this summer, although he won’t be sold.

Neither will be allowed to leave and it could be a huge season for the pair. Aurier is definitely the most established of the club’s available players for the role, but after missing a large chunk of last season with injury the Ivorian still has his own point to prove.

Kieran Trippier was far from stellar last season, but he started 38 games including the Champions League final, and whilst he failed to hit the required standards on occasions, he was trusted by Pochettino and it will be up to one of the current crop of defenders to win Poch’s trust in the same way.

It promises to be a big season for Spurs next year, the Lilywhites will be desperate to end their 11-year wait for a trophy, that will have become a 12-year wait if they do win something next season, and having a reliable defence is key to winning silverware, meaning one of Foyth or Kyle Walker-Peters will have to show their worth.