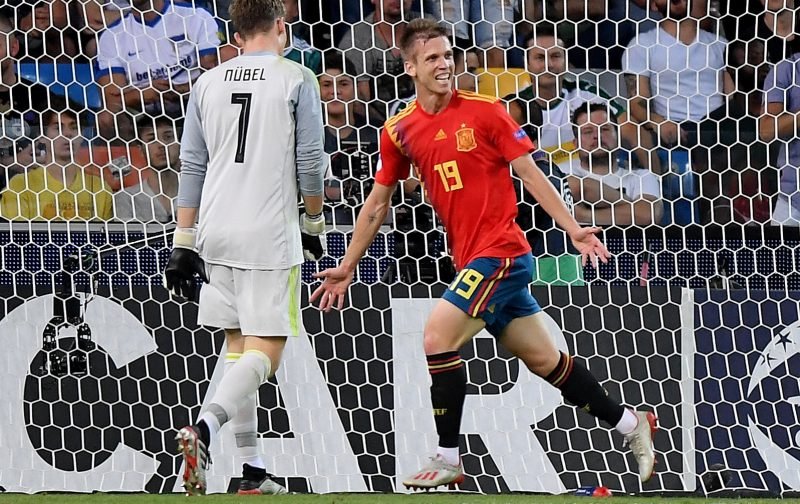 Mauricio Pochettino has laid down a statement of intent this summer, and he’s not ready to stop yet. The Lilywhites have already secured Tanguy Ndombele’s signature and now, according to Mundo Deportivo, Poch and co. are after U21 European Champion Dani Olmo.

The 21-year-old attacking midfielder currently plies his trade in Croatia with top-flight club Dinamo Zagreb where he’s racked up over 100 senior appearances for the first team and won four domestic league titles, despite being in such an early stage of his career.

However, after his recent performances for his country in the U21 European Championships, it looks like a few clubs have turned an eye towards the impressive Spaniard, and the report from Mundo Deportivo claims he’s close to signing for his new club, who he’ll play in the Champions League with next season.

That rules out a large number of clubs, and the list of potential suitors is further whittled down by the fact that the midfielder won’t be signing for a club in his native Spain, leaving Tottenham, Liverpool and Bayern Munich if the possible options as per the reports.

It’s a transfer that could cost up to 40m euros, and whilst it may be pricey, it’s one that Mauricio Pochettino and Tottenham should be desperate to get done as quickly as possible.

The Lilywhites could do with adding some depth to their attack, especially seeing as they went two whole windows without any new signings, and Olmo would fit perfectly.

The Spanish midfielder has bagged 26 goals and 21 assists in his 102 games for Dinamo Zagreb as a winger on both sides and an attacking midfielder, as per Transfermarkt, showing off his versatility as he’s risen to prominence ahead of what could be a key summer.

With Heung-Min Son on the left, Lucas Moura on the right and Dele Alli in the middle playing behind Harry Kane in Mauricio Pochettino’s favoured 4-2-3-1, Olmo would provide competition and rotation across all of those three roles and would be an interesting prospect to have in the Premier League.