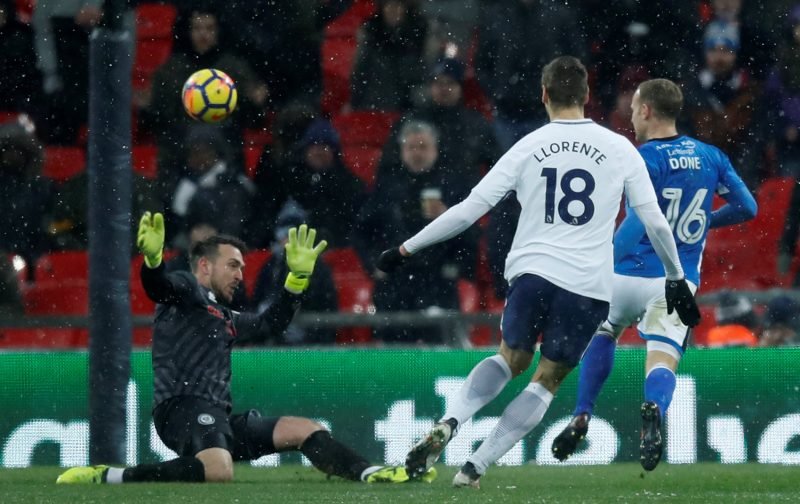 Tottenham fans have already gone through the emotions of saying farewell to Fernando Llorente, and now it looks like the Spaniard could be set to find himself a new club already, and it’s a move that will hardly take the beanpole striker very far.

The veteran striker was absolutely crucial to Tottenham’s Champions League run last season as he scored against Borussia Dortmund and Manchester City as well as bullying Ajax in the semi-final second leg and grabbing a crucial assist against PSV in the group stages.

Now, though, after the Champions League run and at the end of Llorente’s two-year stay at Tottenham, Gianluca DiMarzio have claimed that the striker could be set to make the near-four hour journey via the M1 and M6 from The Tottenham Hotspur Stadium to Old Trafford for a move to Manchester United.

Llorente is available on a Bosman ruling after he left Tottenham and Ole Gunnar Solskjaer is looking towards the ex-Swansea City and Tottenham man to complete his frontline at Old Trafford. He’s an obvious plan B too, with his target-man style much different to Marcus Rashford and Anthony Martial’s games.

The only bonus of United’s pursuit of Llorente means that because he’s a free agent he can be signed after the deadline of 5pm today. However, if he does sign Tottenham will have done well in weakening one of their direct rivals.

Manchester United will be desperate to get into the top four this season, and if they find themselves relying on Llorente in the Premier League then they’ll find themselves going nowhere, as whilst the Spaniard shone in Europe for Spurs, he hardly found the same form in the league.

In 36 games for Tottenham in the Premier League across Fernando Llorente’s two years at Tottenham, he could only manage a less than impressive two goals and four assists (Transfermarkt), and if he finds himself being used in the top flight for Manchester United it will certainly be amusing for the Lilywhites.