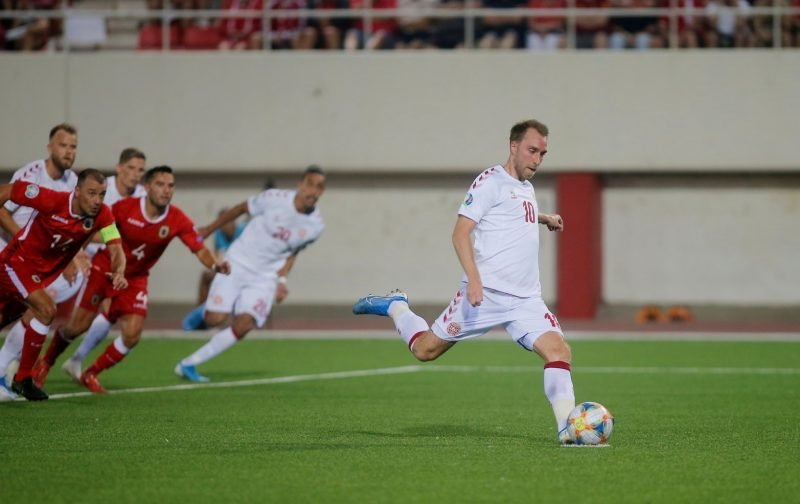 Tottenham have had an appalling time with injuries this season and yesterday it was confirmed that new signing Giovani Lo Celso would be out until the end of October.

The Argentine, who was not considered fully fit by Mauricio Pochettino, played 53 minutes against Chile and was withdrawn due to a hip injury.

The former PSG man claimed it was nothing to be worried about, but he was sent back to London, and a scan has confirmed Lo Celso will now miss six weeks.

This is a huge blow to Spurs who will now have to rely on Christian Eriksen even more than they usually do.

The Dane has openly admitted he wants to leave the club, but he is fully focused on football matters till at least January.

This is good because in Tottenham’s only win of the season it was Eriksen who made the difference – when he was introduced from the bench against Aston Villa the whole game changed as he found gaps that others couldn’t, and he began to dictate the tempo.

Now that Lo Celso is injured and Dele Alli is just returning to fitness, a lot of pressure will be on the 27-year-old to create chances for Harry Kane.

Since he joined Spurs in 2013 no other player has created more chances than him – 550 and with Lo Celso’s injury, he will need to keep providing those chances for the next few months at least.

Spurs do have other creative players, but, for me, none are as intelligent as Eriksen, and when he is on form, he makes Spurs tick.

However, without Lo Celso to share some of the burden, Eriksen’s job may become harder, he is a superb player but he cannot carry the team on his own.